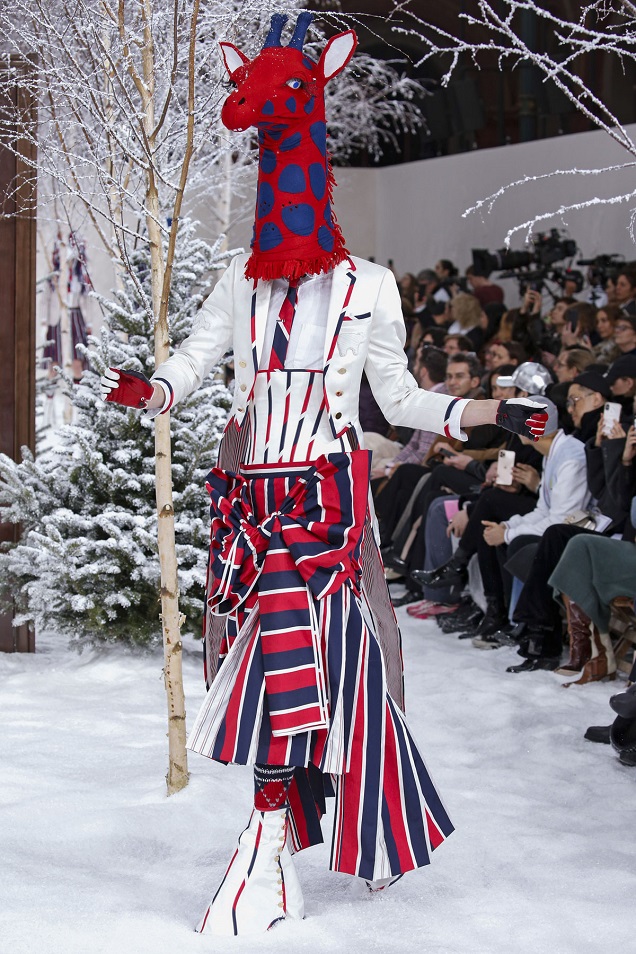 THOM BROWNE AW2020 Men's & Women's Runway Collection held in l'ecole des beaux arts in Paris with thirty-three couples, dressed alike. His wardrobe and her wardrobe are identical, while being a man’s wardrobe and a woman’s wardrobe. which one is which? 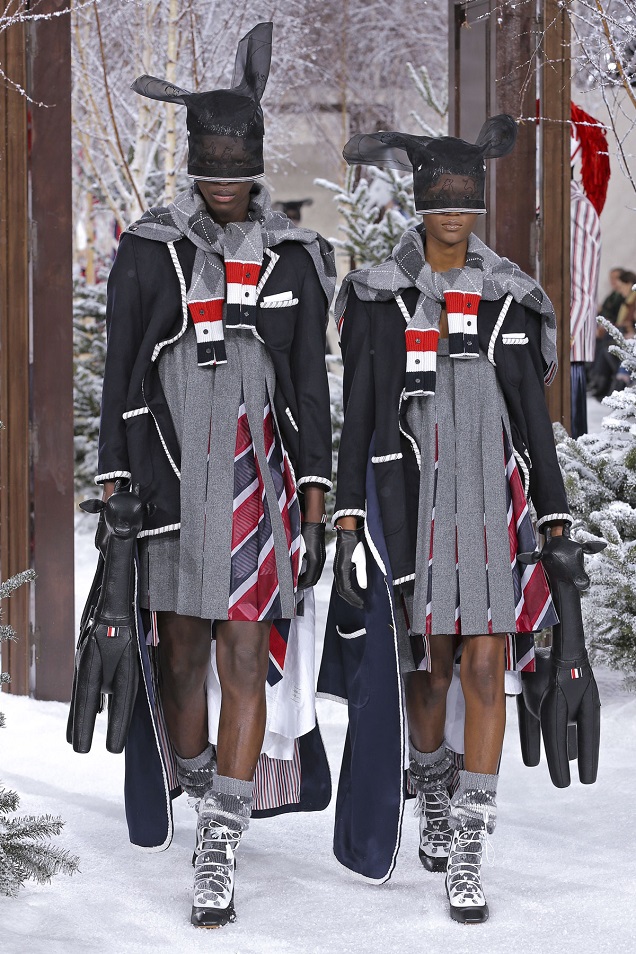 Thom Browne’s take on very old school prep gets a new silhouette: extended of shoulder, boxy of jacket, draped of skirt. for him and for her. 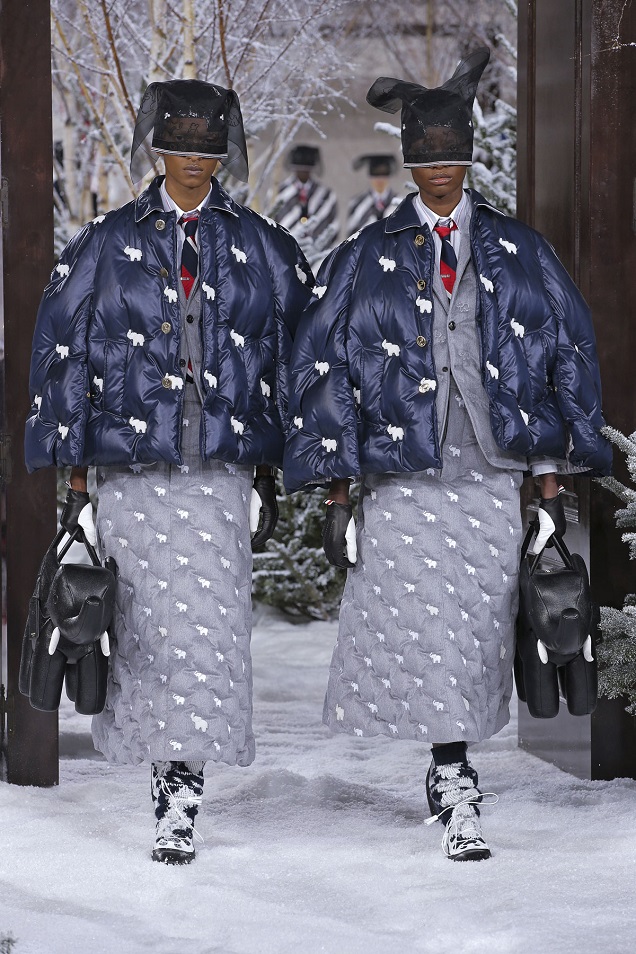 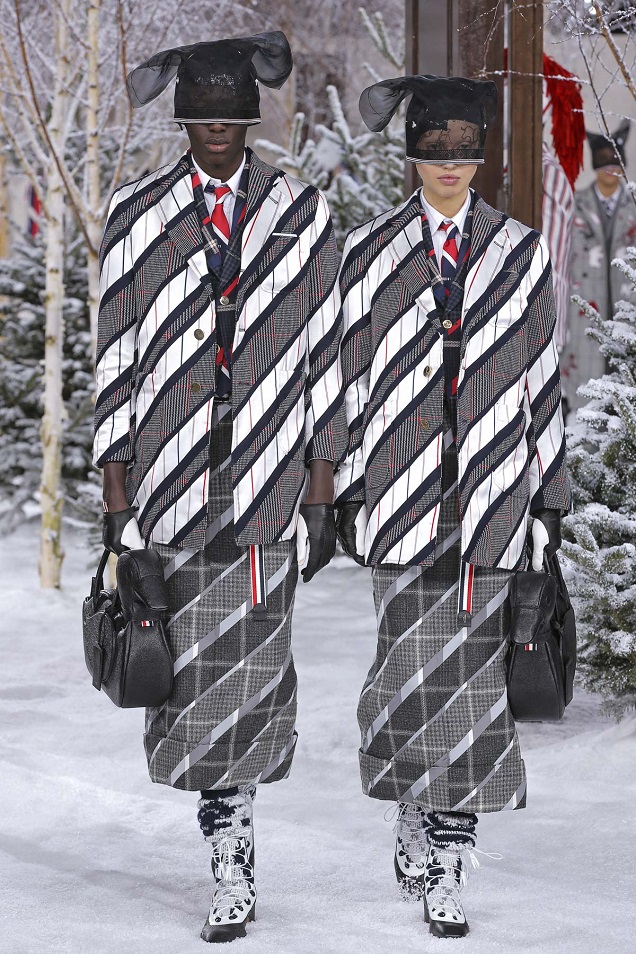 Proportions are exaggerated. Box pleats add movement. Bouillonne embroideries and grosgrain ribbons trim collars. Constructed and deconstructed, trousers become tops, draped around the bust. which one is which? 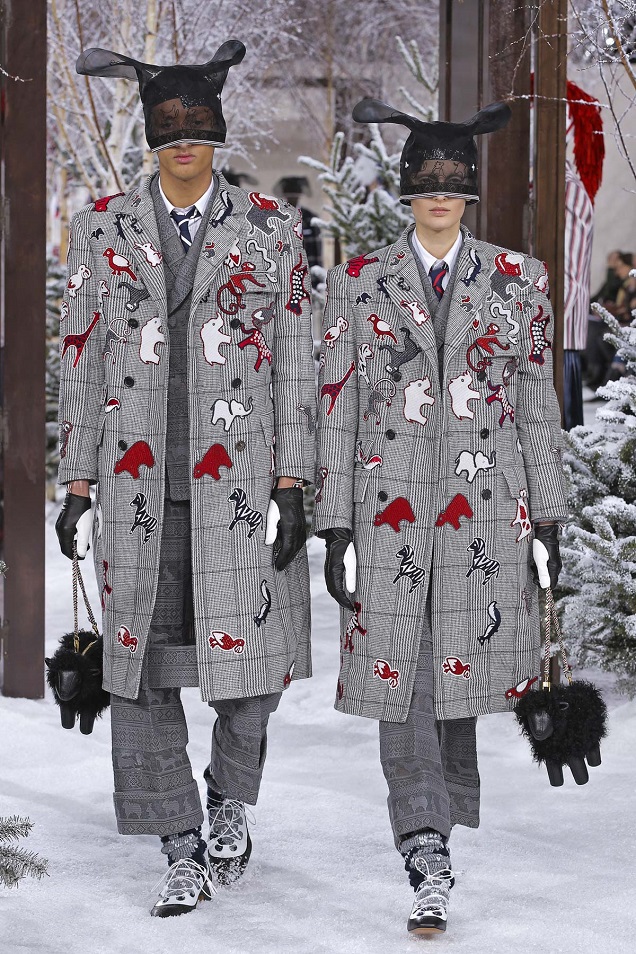 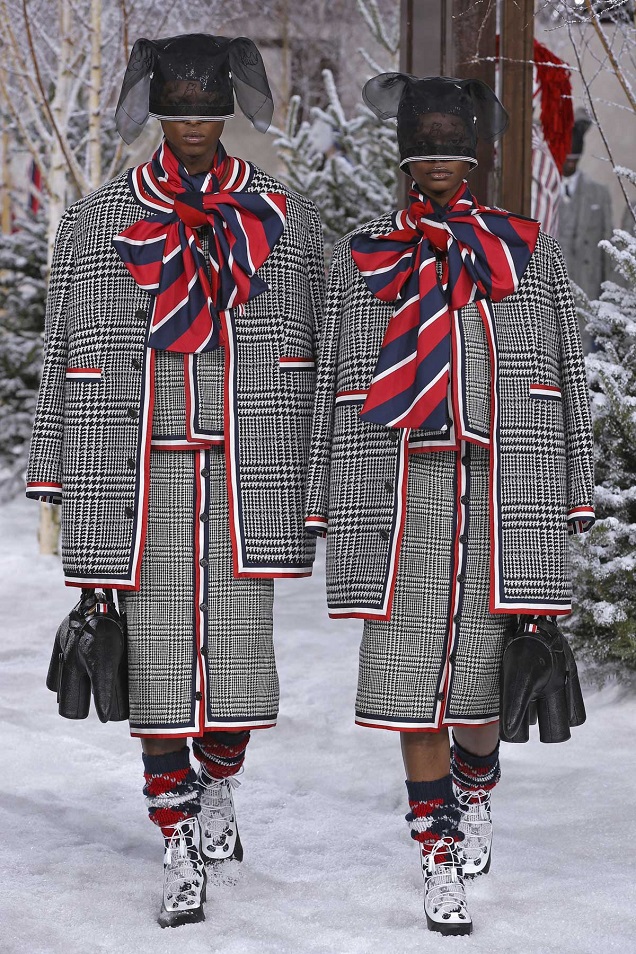 Thirty three couples, thirty three pairs of animal bags. Which one is which? 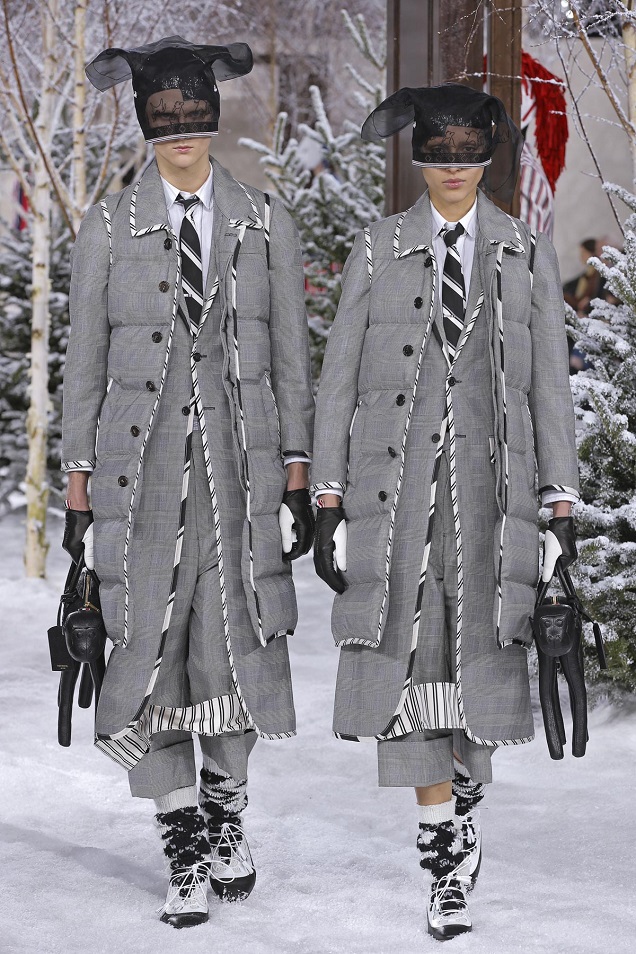 In shades of grey, navy and grey and black and white. 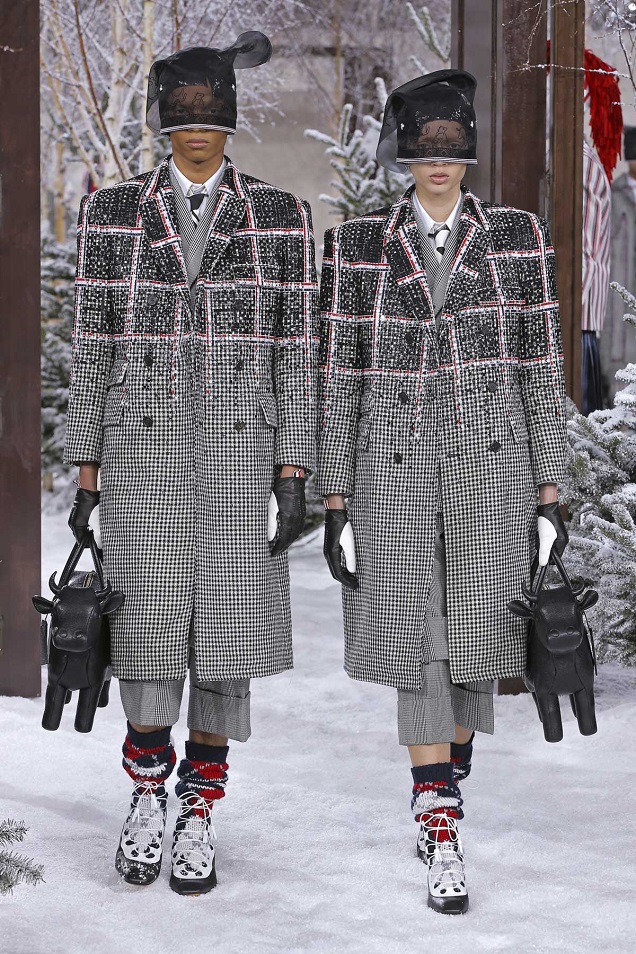 In tweed, flannels and military cashmeres. In repp stripes, houndstooth, argyle and prince of wales checks. 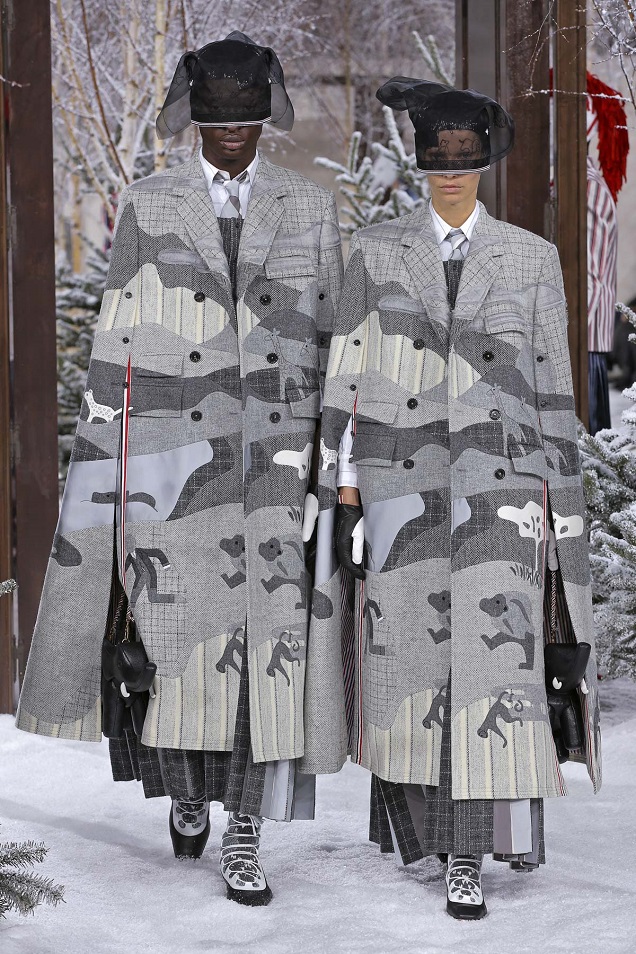 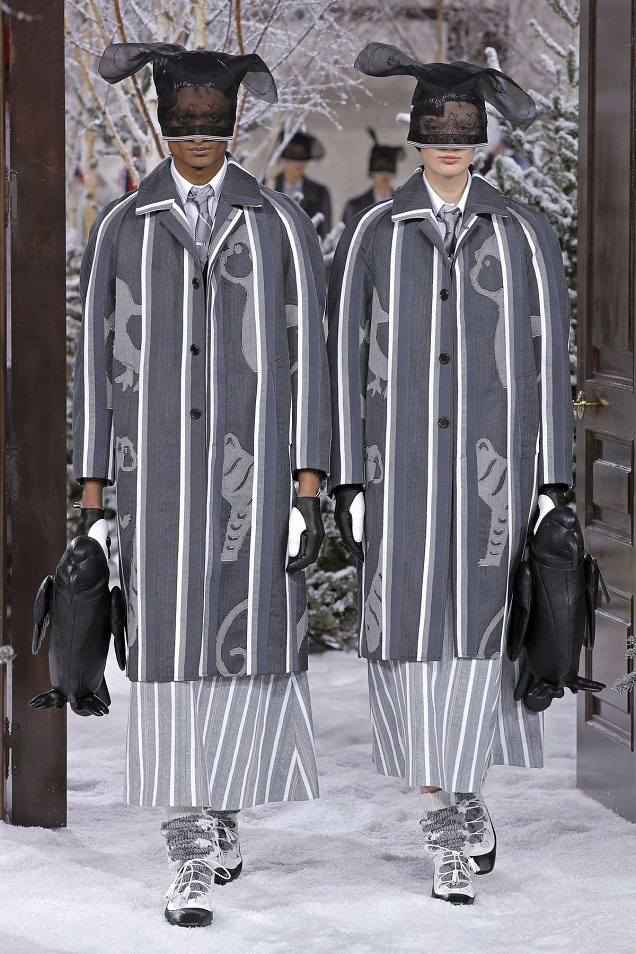 Coming from the past, the couples go into the future and come back as they wish. His is hers and hers is his. 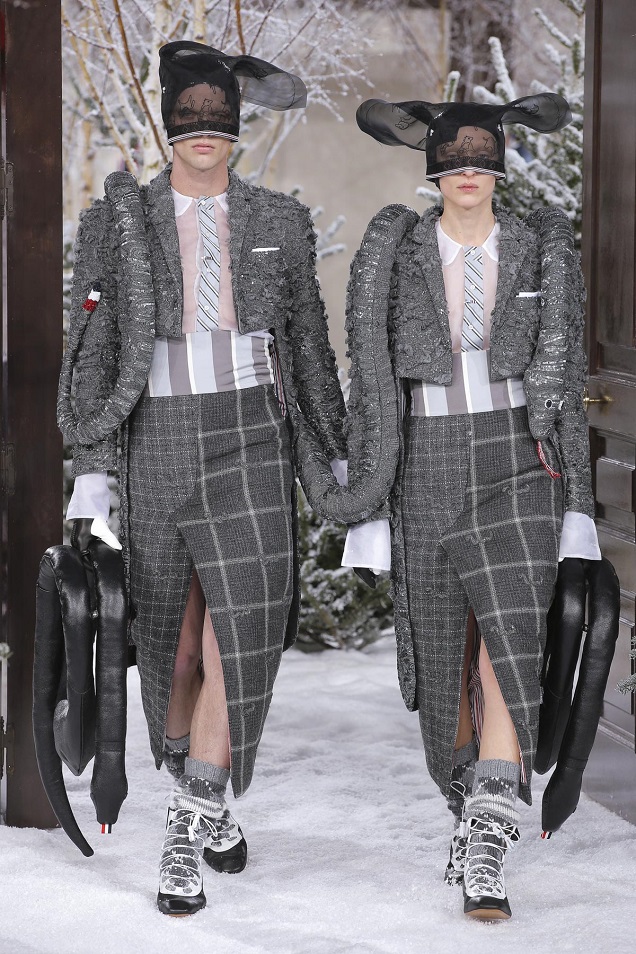 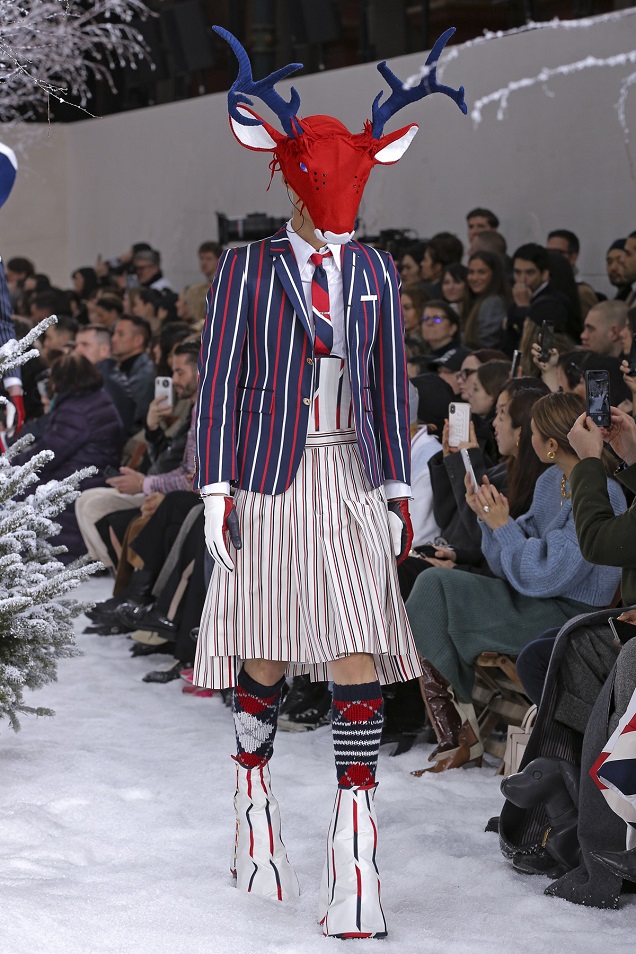