PRADA In The Cities 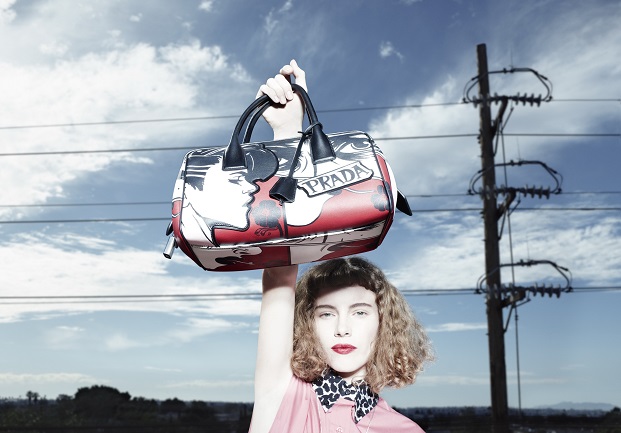 A new digital dimension to 365, ‘In the Cities’ takes inspiration from the multiple characters and stories that inhabit the metropolis of Los Angeles. Drawing influence from the fearless individuality and dynamic lives of youth culture in the city, this fresh face of 365 showcases both the sitters, and the distinctive characters and stories of accessories drawn from the SS2018 Prada Women’s and Men’s collections. Like the characters who hold them, every piece is an absolute individual, with its own precise point of view. Inspired by the multiple narratives of comic book strips, and featuring unique works by graphic novel artists, each accessory tells its own story, evokes its own emotion. Fragments of those narratives are captured in moving image and stills by Willy Vanderperre, emblematic of a multiplicity of outlook that reflects society today. ‘In the Cities’ rolls out across social media, a twenty-first century tool of communication whose strictly defined format of consecutive graphic frames versus endless innovation mimics the invented universe of comic books. Only today, this universe is real.