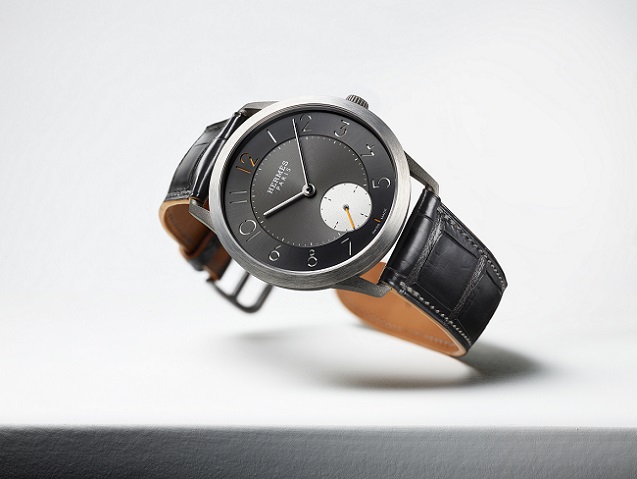 The new Slim d’Hermès asserts its singular character through colourful touches. Its ultra-light titanium case, its anthracite dial lit up with Hermès orange and its ultra-thin Manufacture Hermès movement form a lively yet understated composition. 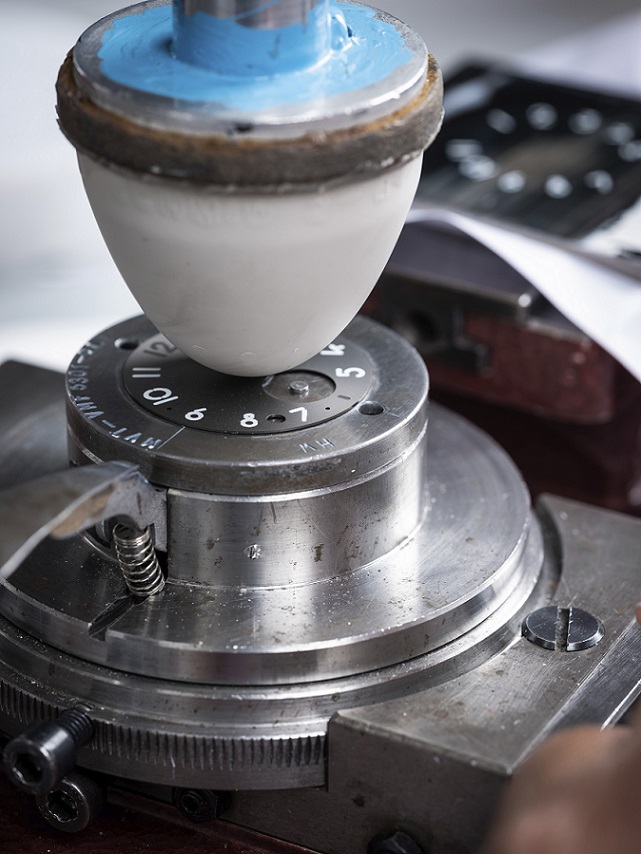 Sleek lines and playful contrasts set a resolutely dynamic and bold tone for the Slim d’Hermès Titane, an interpretation enriching the Slim d’Hermès collection. Created in 2015 by Philippe Delhotal, Creative Director of the Hermès watchmaking division, this model is the epitome of simplicity, rigorous discipline and balance. The delicate curves of its round case with angular lugs, the purity of its dial with its original font designed by Philippe Apeloig, conceal the Hermès Manufacture Hermès H1950 self-winding movement adorned with a sprinkling of Hs. In a more relaxed style, this Slim d’Hermès Titane features an ultra-thin 39.5 mm diameter case made from micro-blasted grade 2 titanium - a lightweight yet resistant material - topped by a circular satin bezel, creating light effects making a pleasing contrast with the depth of the anthracite dial. 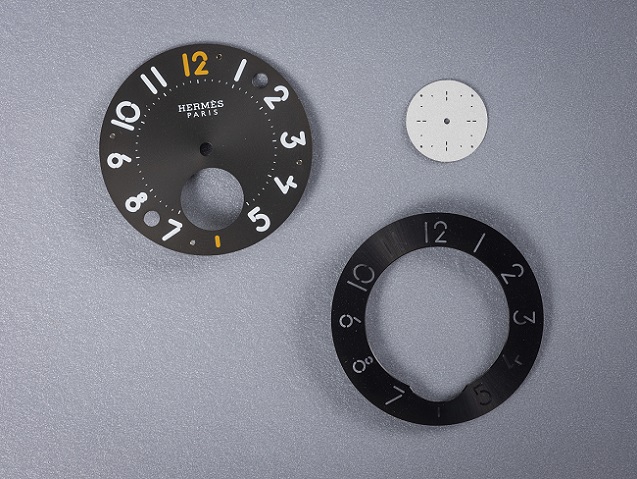 This generously wide and perfectly legible dial is composed of three parts: a chapter ring with cut-out Arabic numerals; a finely snailed centre swept over by slim baton-type hands; and a frosted crystal small seconds counter. Orange accents enliven the dial and match the burnishing on the matt graphite leather strap. The indications on this watch face, with its distinctive font composed of beautifully spaced, airy numerals, are driven by the ultra-thin Manufacture Hermès H1950 movement. The sophisticated mechanism adorned with a sprinkling of Hs and hand-bevelled bridges can be admired through the transparent sapphire caseback. The movement, case and strap are all developed and crafted in the Hermès Horloger workshops. Blending simplicity with audacity, the new Slim d’Hermès exudes the lightness of the unexpected.
Posted by mylifestylenews at 12:00 AM