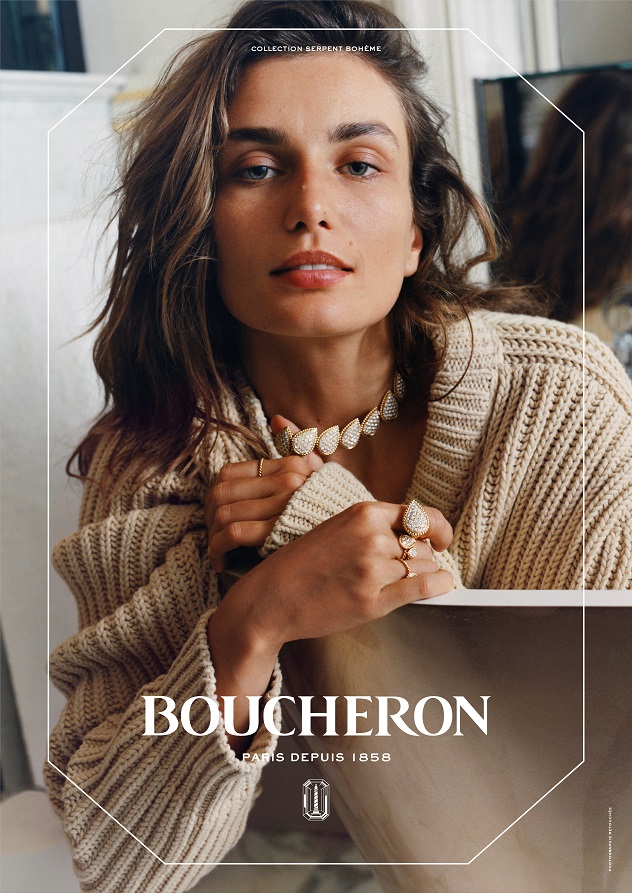 Boucheron SS2019 Advertising Campaign captured by the lens of the talented Oliver Hadlee Pearch, Andreea Diaconu embodies this woman who is free to make the jewelry her own. Mixing the collections, wearing them her way and bringing High Jewelry pieces to life by combining them with a cashmere sweater, she is the epitome of style ... This series of seven visuals and four videos tells the story of the unbridled creativity and incredible craftsmanship of a House that has always placed women at the heart of its creations. Because the Boucheron style is created by and with women. 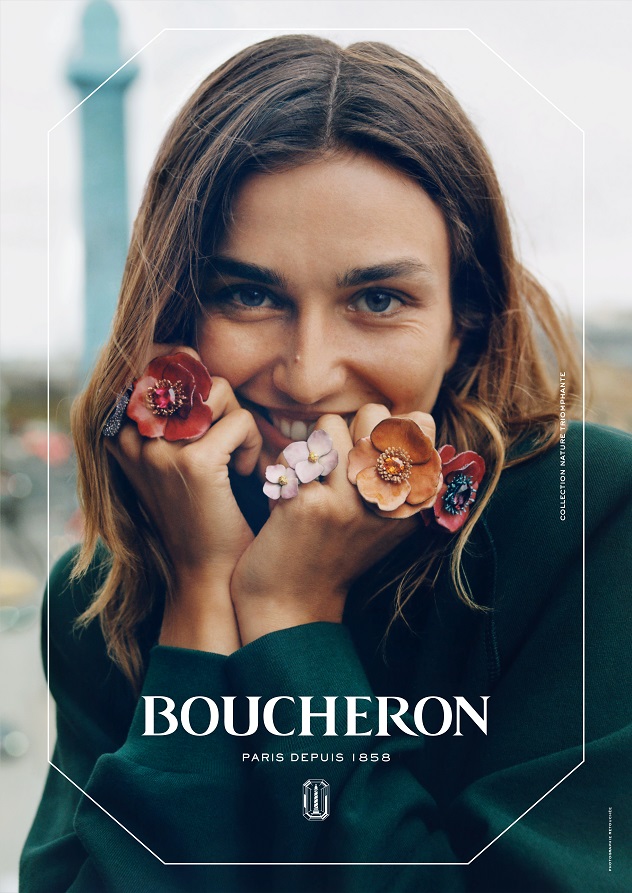 It is the idea of freedom that is given expression, from the time the Maison was founded in 1858 to the present day. Aesthetic and creative freedom. Technical freedom. But also, the freedom in how jewelry is worn, departing from the usual codes and conventions, in keeping with Boucheron’s status as the first of the great contemporary jewelers of Place Vendôme. 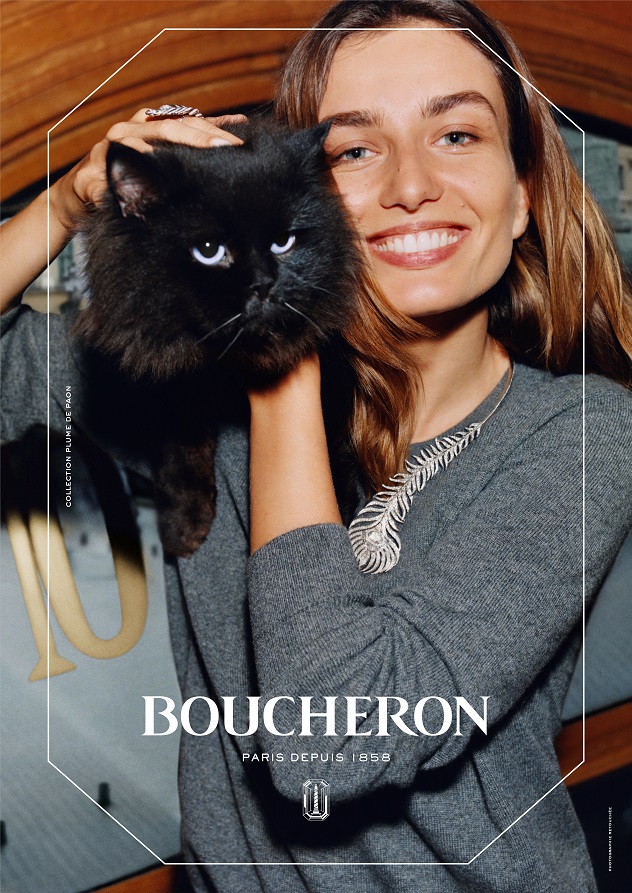 This is the message conveyed by the new campaign of the Maison, which, now more than ever, embodies the free spirit that has guided its creations for 160 years. 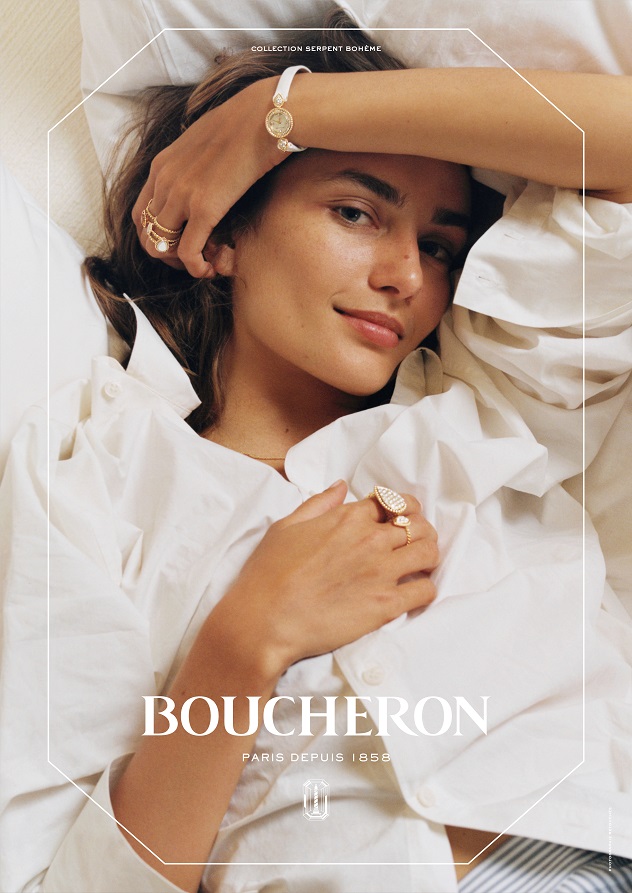 Following the announcement that the Maison Boucheron’s Paris flagship store is to re-open after eighteen months of work, this new advertising campaign will be another breath of fresh air for Place Vendôme and will allow the Maison to affirm its own creative vision. The very one that inspires the ever bolder pieces designed by Creative Director Claire Choisne. The Boucheron style belongs to the women of today who create and own their freedom. 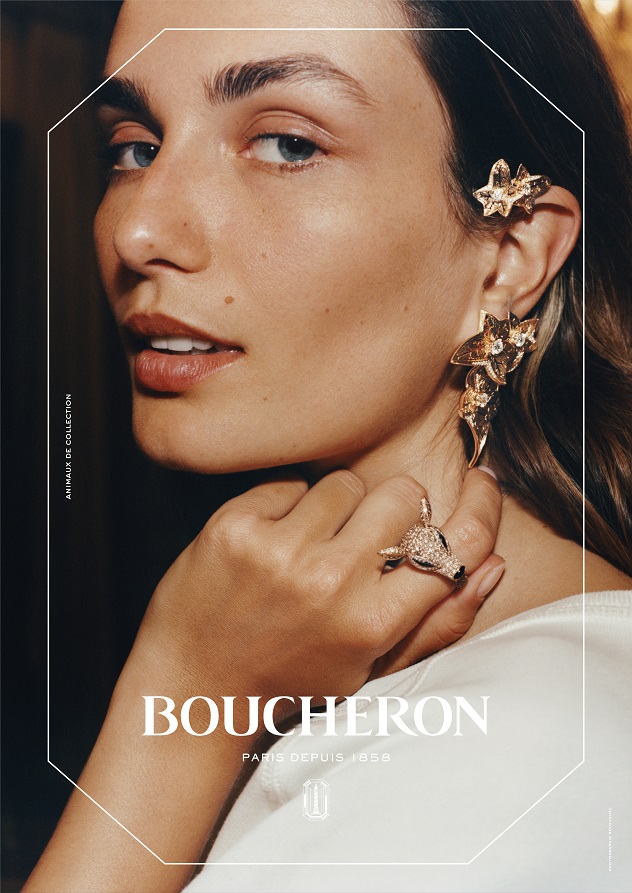 Andreea Diaconu is seen strolling through the salons of the Parisian hôtel particulier at 26 Place Vendôme. Newly renovated, this genuine family home now houses an apartment that imbues this campaign with a cosy, warm atmosphere, just like the welcome given to Boucheron’s customers and guests. The spirit of Boucheron lives within 26 place Vendôme, with its values and expertise, keeping alive the taste for freedom and subtle transgression that became its hallmark. 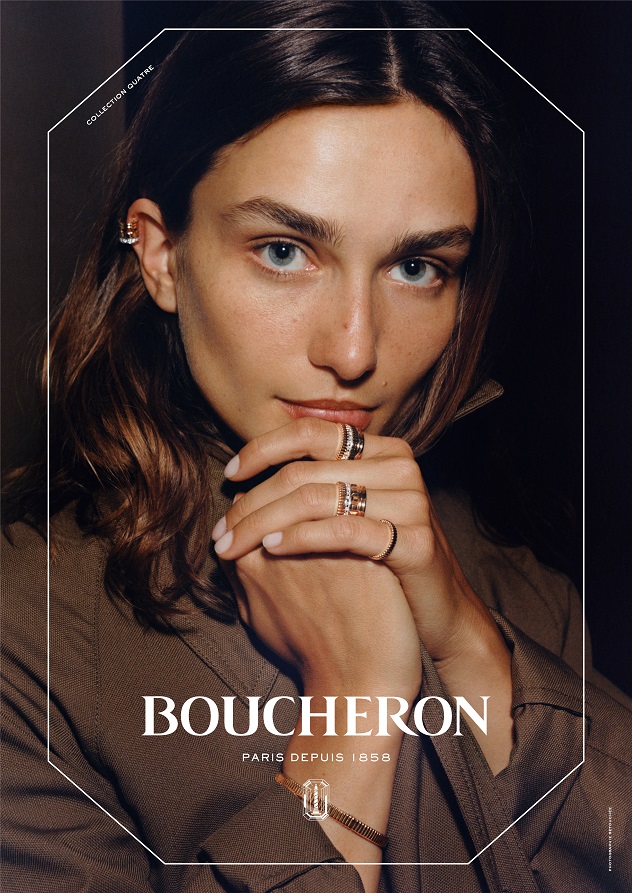