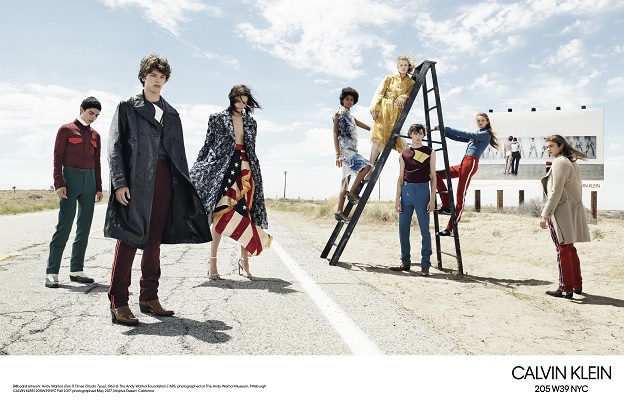 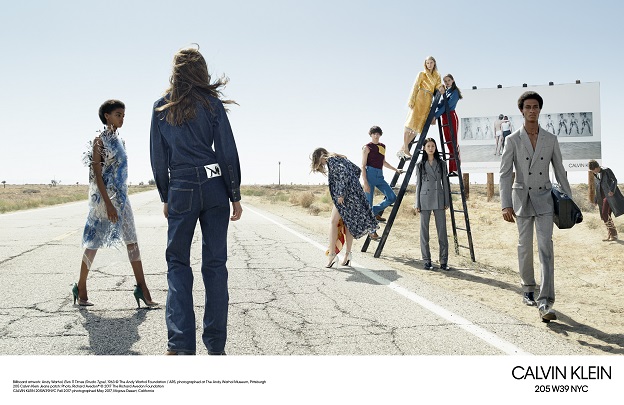 The billboards of the previous campaign which include works by artist Andy Warhol were erected in the California desert in the days leading up to the shoot. The campaign is a study in art and artifice, of the real and the imagined, the mannered world of high fashion combined with a sense of the everyday. Ultimately, the campaign explores the cinematic and romantic outsider’s view of America, something of a dream world that has become concrete for Chief Creative Officer Raf Simons and Creative Director Pieter Mulier. 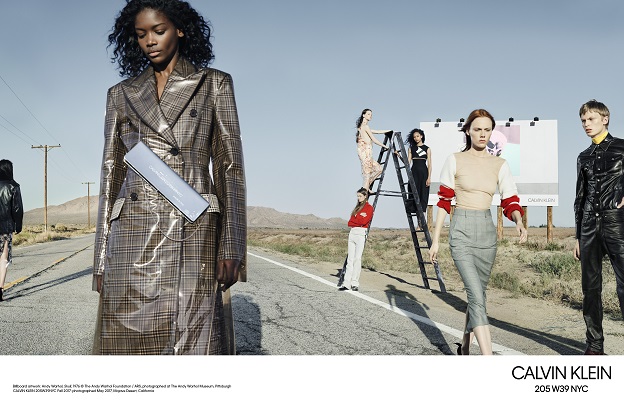 With over 850 million impressions planned across 22 global markets with an integrated media mix, this campaign will deliver on the continued evolution of CALVIN KLEIN under Simons. The brand will be featured extensively in fashion and lifestyle publications around the world during September’s fashion-focused issues. The re-appropriation of the successful American Classics campaign will come to life in large format and high impact outdoor in key locations such as New York, Paris, Brussels, China, Korea and Hong Kong. 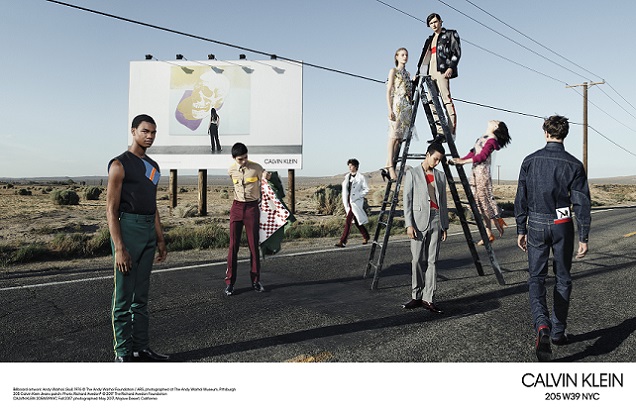 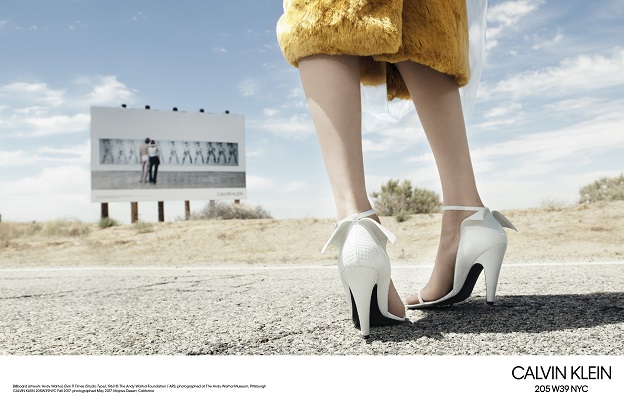 Pieces throughout the line are emblazoned with an exclusive patch that features a silhouette inspired by the iconic Richard Avedon image taken of actress Brooke Shields for Calvin Klein Jeans in 1981. The memorable campaign image debuted shortly after the launch of the Calvin Klein Jeans brand and the concept of designer jeans – in this way, CALVIN KLEIN JEANS ESTABLISHED 1978 celebrates both the history of the brand and its future. 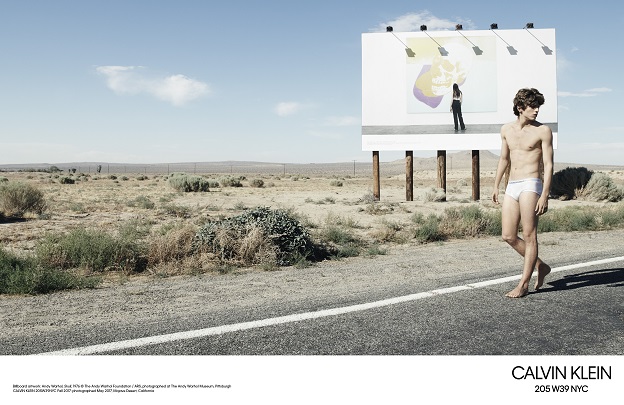