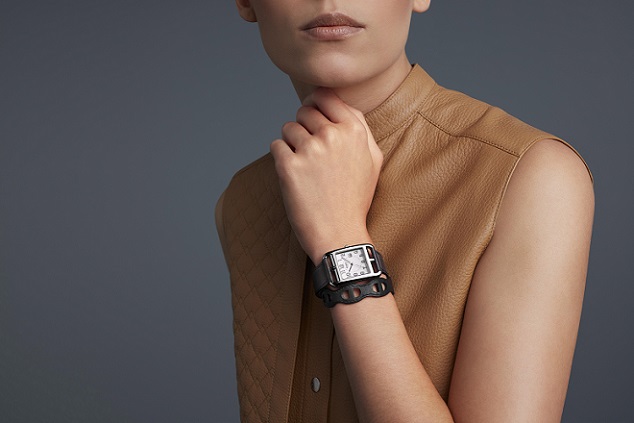 The Cape Cod is adorned with a double tour strap bearing the Anchor Chain motif, underlining the original inspiration for the watch. The designer Henri d’Origny was to make a square watch out of it. His untamed pencil decided otherwise: the Cape Cod, «a square in a rectangle», was born in 1991. At once original, graphic, impertinent and rigorously disciplined, it challenges existing aesthetic codes. The Cape Cod likes to play with the «Anchor Chain», of which the two half links form its case. This motif, created by Robert Dumas in 1938, is now highlighted by Hermès’ leather craftsmanship. The second loop of the strap is shaped to reveal the anchor chain link pattern in the leather. 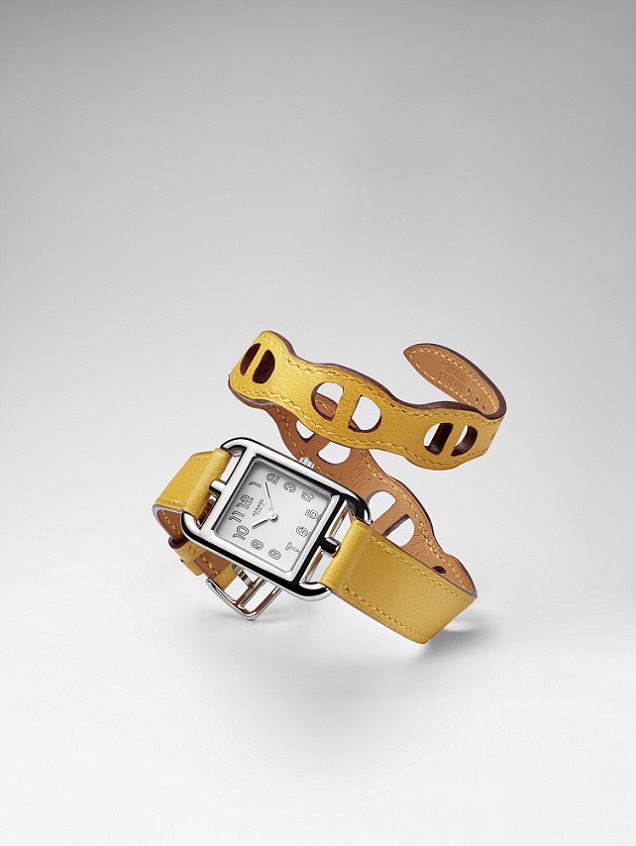 Hermès creates objects. Objects shaped by the hands of artisans to make them true companions for those who wear them. Practical, functional and stemming from uncompromising expertise, they radiate the lightness of the unexpected. They make everyday life their playground, and each instant a uniquely special moment. For Hermès, time is also an object. Its inherent tension is translated by the house into a singular characteristic. Rather than measuring, ordering, and seeking to control it, Hermès dares to explore another time, designed to arouse emotions, open up interludes and create spaces for spontaneity and recreation.
Posted by mylifestylenews at 12:00 AM