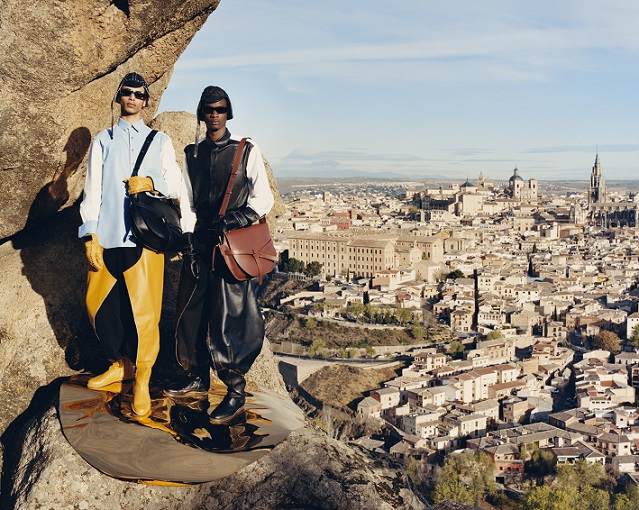 To showcase Jonathan Anderson’s Menswear AW2019, LOEWE has collaborated with Tyler Mitchell, the rising talent best known for shooting Beyoncé for the September 2018 cover of US Vogue. 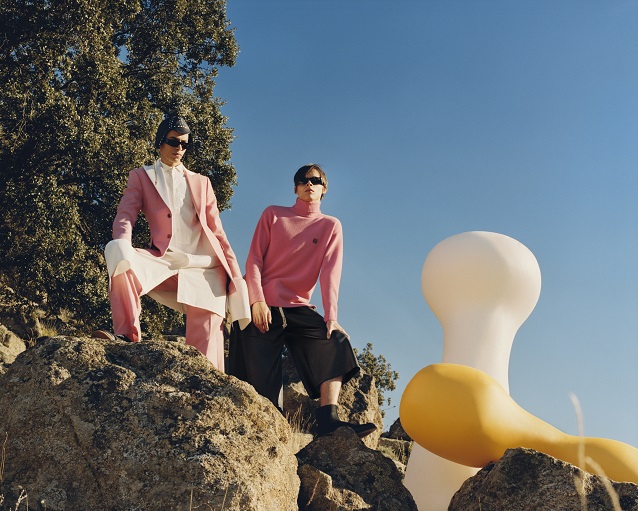 Taking the playful masculinity that has characterised the brand’s evolving Men’s collections to a new level, Benjamin Bruno styled a group of young models for the latest hardcover look book. The collection, which had its runway debut in Paris last January, used the historic locations of Piedra del Rey Moro and Museo de Santa Cruz in the Spanish city of Toledo as its picturesque backdrop. 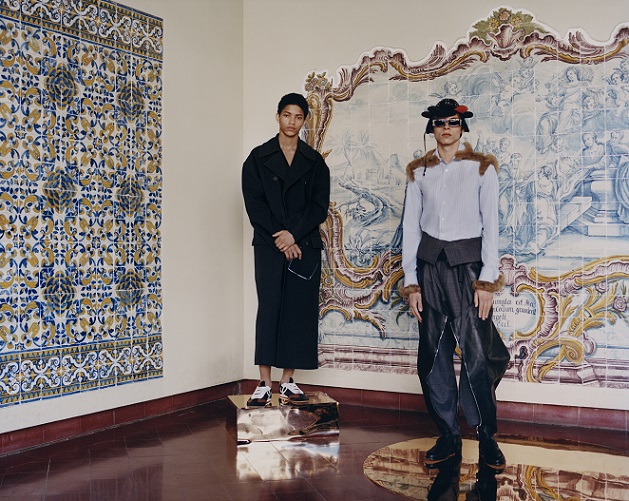 Known as the ‘City of the Three Cultures’, Toledo’s societal and monumental identity has been forged by the variegating influences of the Christians, Muslims and Jews, who have all co-existed there over the course of its long history. 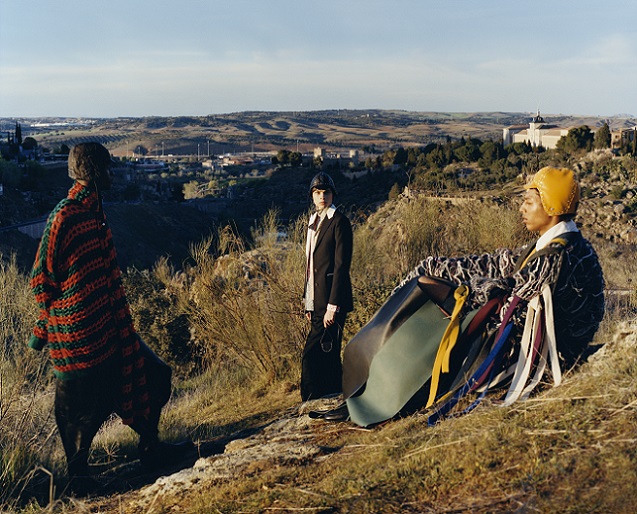 It was declared a World Heritage Site by UNESCO (whose headquarters played host to the runway show) in 1986 for its extensive cultural heritage. Defined by this unique nexus of social, architectural and historical diversity, the city reflects the complex ideals of the collection and the look book concept. 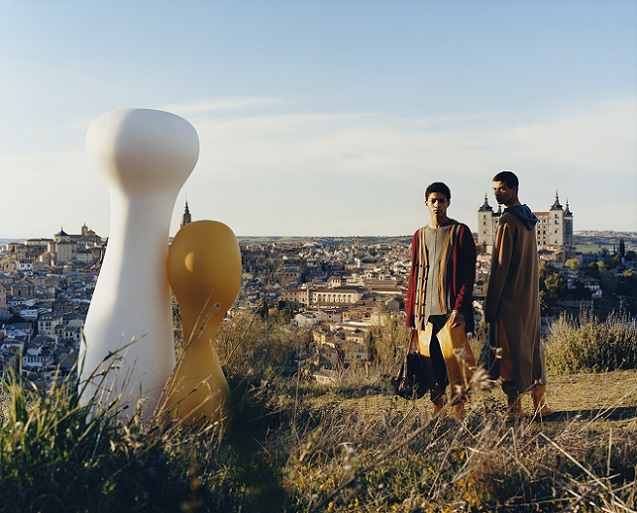 Some images include strange inflatable white and yellow objects. Their abstract volumes sharply offset the stone textures of the natural and man-made settings. These shapes reconfigure the landscape of walls and rocks with a sense of scale and depth, all while creating a loose visual link to the silhouettes and colours
featured in the collection. 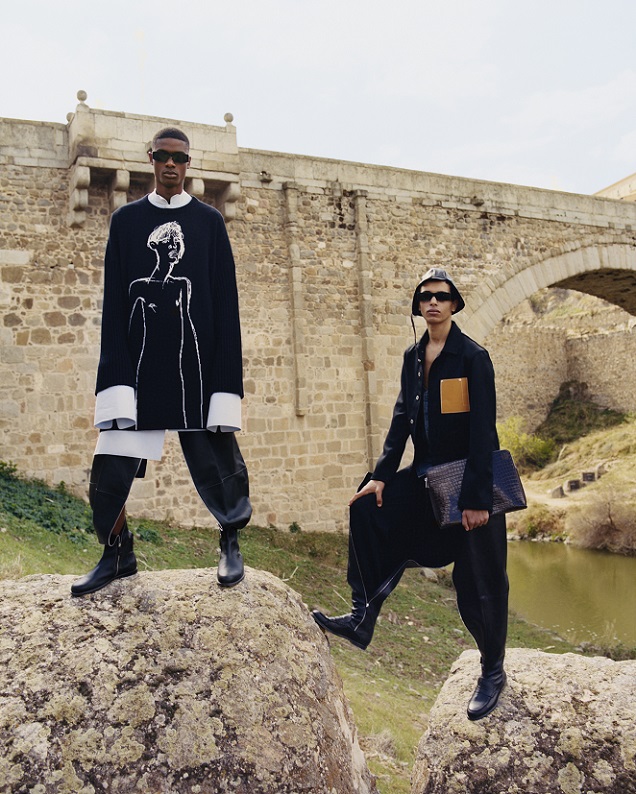