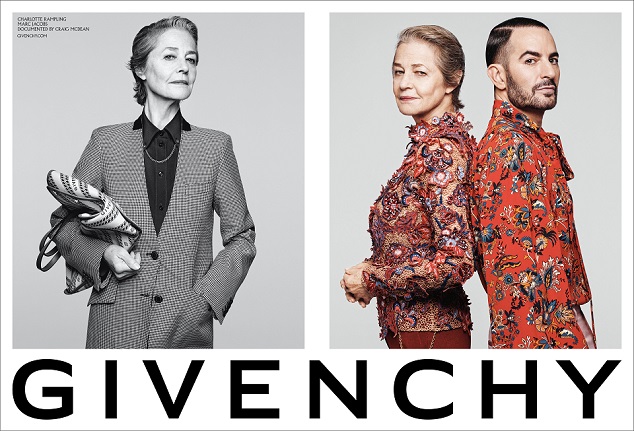 The House of Givenchy revisits its signature “couple” theme with an iconoclastic new pairing for its SS2020 advertising campaign. In a glamorous, fresh dichotomy, the House reveals two icons - Charlotte Rampling and Marc Jacobs in a campaign lensed by the photographer Craig McDean, with guidance from Givenchy Artistic Director
Clare Waight Keller. 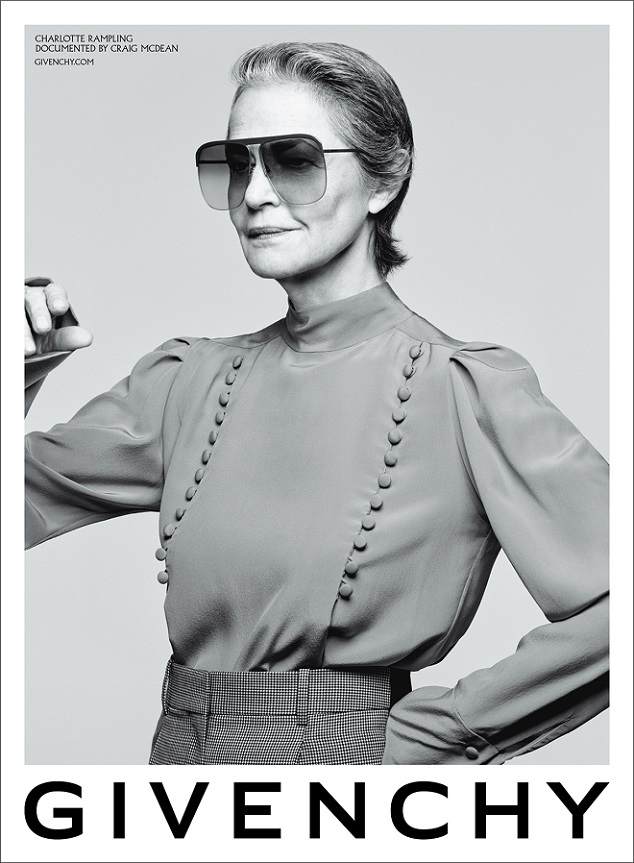 Together and individually, the Paris-based actress and the New York-based designer appear in portraits that boldly celebrate individualistic beauty and the liberated, self-assured attitude so emblematic of Givenchy. The series honors the “Givenchy sitting” style of portraiture, a celebration of strength, wit and innate elegance. It follows the campaign starring Ariana Grande, for the AW2019 season. 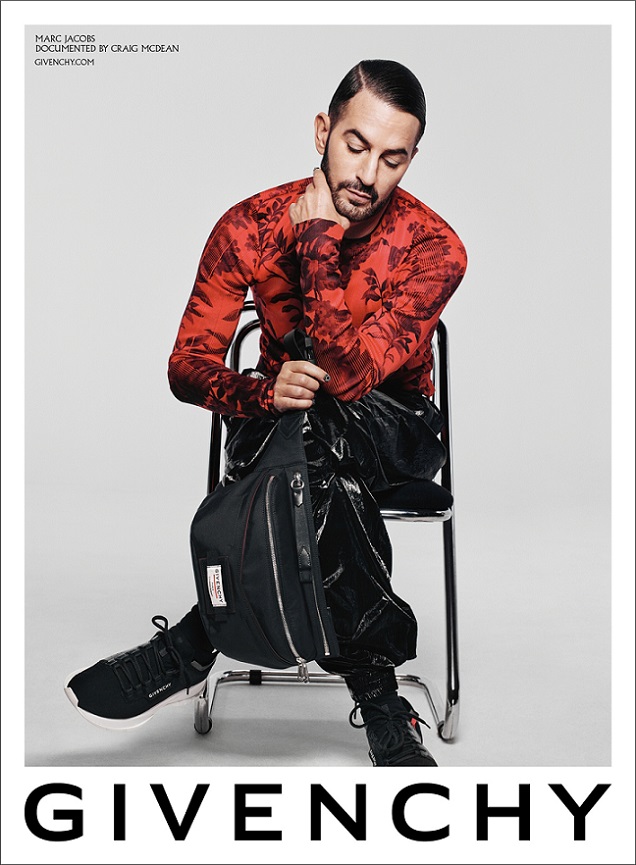 Wearing directional looks and key accessories from the SS2020 collection, each icon appears in his or her signature style, Rampling in masculine tailoring and Jacobs in more feminine pieces. Both radiate strength of character, their natural grandeur further underscored by a neutral setting. Dual perspectives feature close-ups and three-quarter length images in color and black and white. 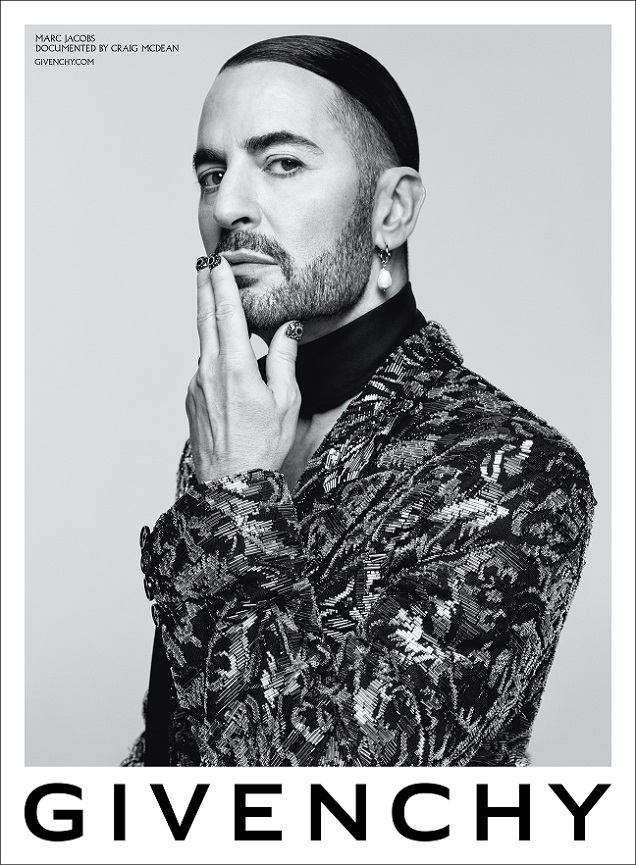 In single portraits, they offer a personal take on Bond accessories. Dressed in graphic black and white, Rampling folds the Bond shopper under her arm while Jacobs, dressed in a shiny black overcoat, carries a men’s Bond duffle that’s filled to capacity. In a naturalistic three-quarter portrait, Rampling gazes at the viewer with her signature mysterious half-smile, the season’s star handbag, the ID93 in buttery yellow suede, slung casually over her shoulder. 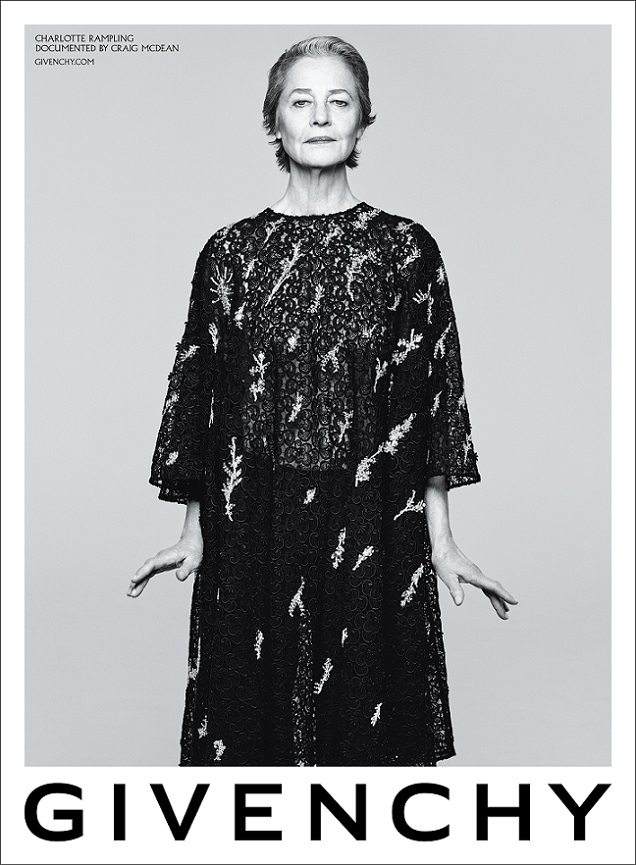 In another image, she appears dressed in a trench and smoky aviators with the Mystic bag in cognac leather. A dual portrait shows the stars radiating grace and confidence. Posing back-to-back, they embody a complementary take on the season’s sophisticated red floral motifs. 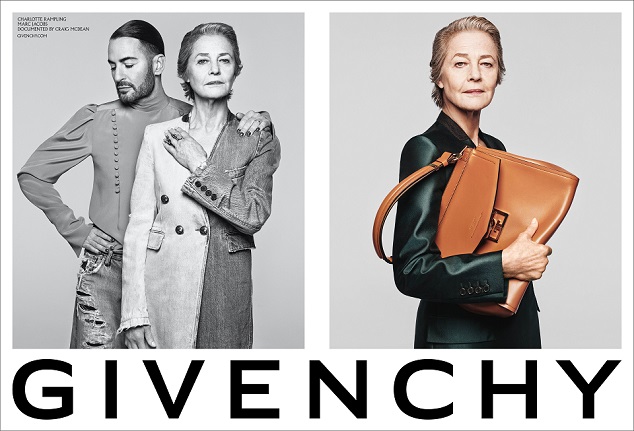