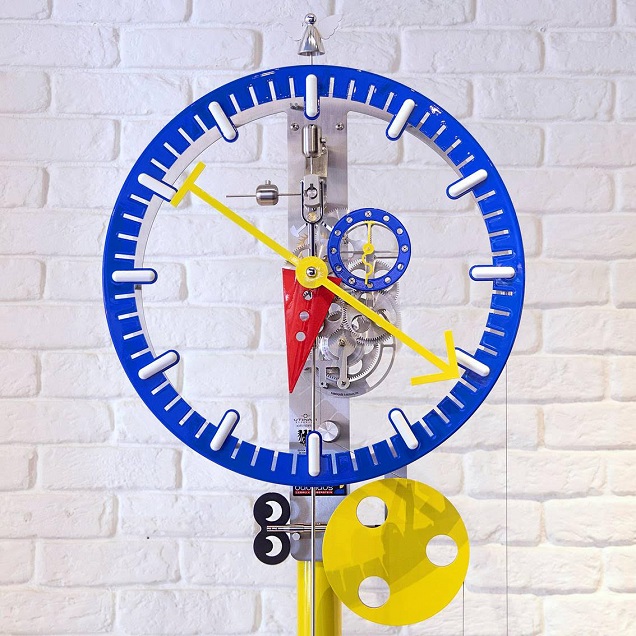 Philippe Lebru launches a series of unprecedented collaborations beginning with the watch designer Alain Silberstein and the “KB2” clock. The two nonconformist artistic designers with mischievous imaginations came out with this “KB2” project that carries forth the values of the nouvelle horlogerie with a “French Touch”. The “KB2” comes from Besançon in Franche-Comté (France), in the Franco-Swiss territory of which the mechanical watchmaking and mechanical art heritage was registered in 2020 as intangible cultural heritage by UNESCO. Fully developed and crafted by the UTINAM manufacture, at the heart of the French watchmaking capital, this distinguished contemporary clock is one of the foremost standard-bearers for this prestigious international label. Historic. 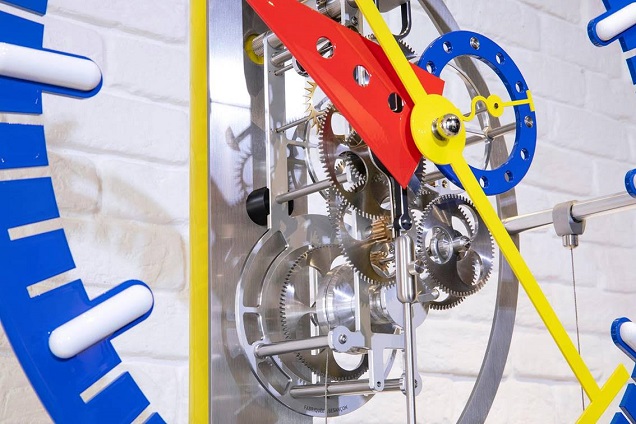 For more than 30 years, Philippe Lebru and Alain Silberstein have been two of the not-to-be-missed figures of French mechanical watchmaking. Philippe, founder and director of the UTINAM Besançon clock manufacture, is an artist and multi-award-winning inventor whose subversive, unbridled creativity brought forth three icons of contemporary pendulum clockmaking: “Hortence”, “Lala” and “Pop Up”. Alain, an internationally renowned watch designer, was one of the founding fathers of nouvelle horlogerie in the ‘80s and ‘90s. His emblematic leading models, such as Krono Bauhaus and his tourbillons, are gaining value among connoisseurs and collectors. The two men met a few years ago at a trade salon in Geneva. They share the same enthusiasm and the same determination to shift the lines, to such a point that the collaboration of these two free-thinkers has become a must. 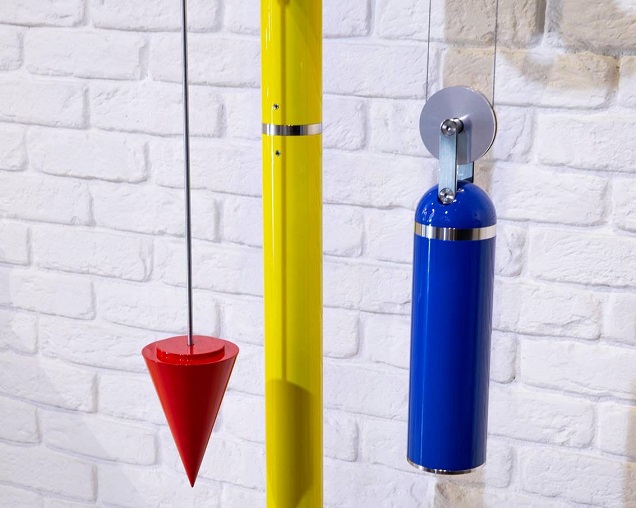 In March 2021, they joined forces to launch the “KB2” clock (short for Kontwaz Bauhaus 2); a fun, refreshing co-creation. Its dial and hands play on primary colours and geometrical shapes, sufficient on their own to assert the inimitable style that brought Alain Silberstein his international success. Inspired by the iconic Pop Up, it is equipped with the famous UTINAM movement designed by Philippe Lebru, who received the Grand Prix at the Lépine competition of Paris, as well as a Gold Medal in clockmaking at the Geneva International Exhibition of Inventions in 2005. 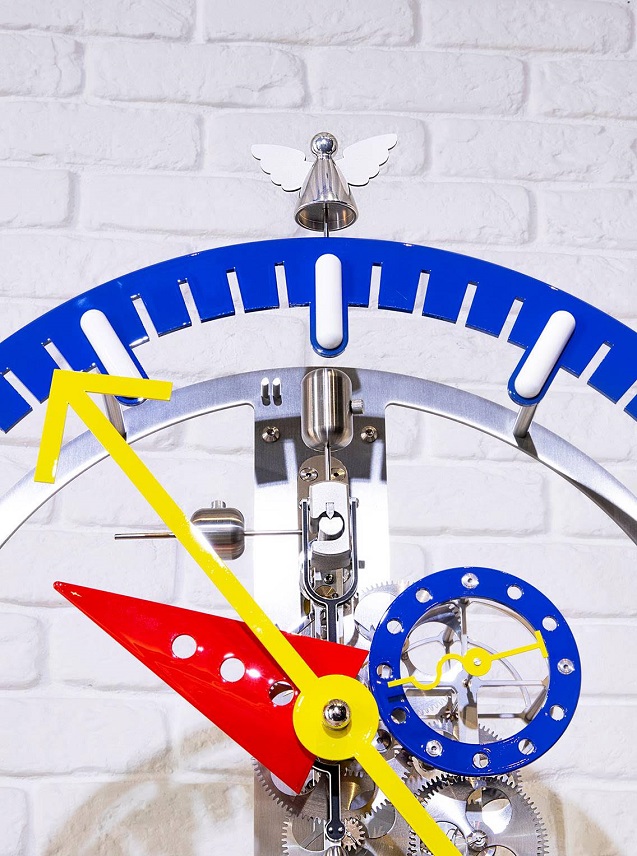 Just 88 “KB2” clocks will be released, exhibited and brought to sale, in the springtime at UTINAM gallery in Besançon, at the M.A.D. mechanical art galleries in Geneva, Dubai, Hong Kong and Taipei and via their e-shops. The M.A.D. galleries were founded in 2011 by Max Büsser, another forerunner in independent watchmaking who pioneered collaborations in the 2000s. These venues are by far the best showcases for this peerless clock, part clock sculpture and part kinetic art work. Moreover, other collaborations are announced for 2021. 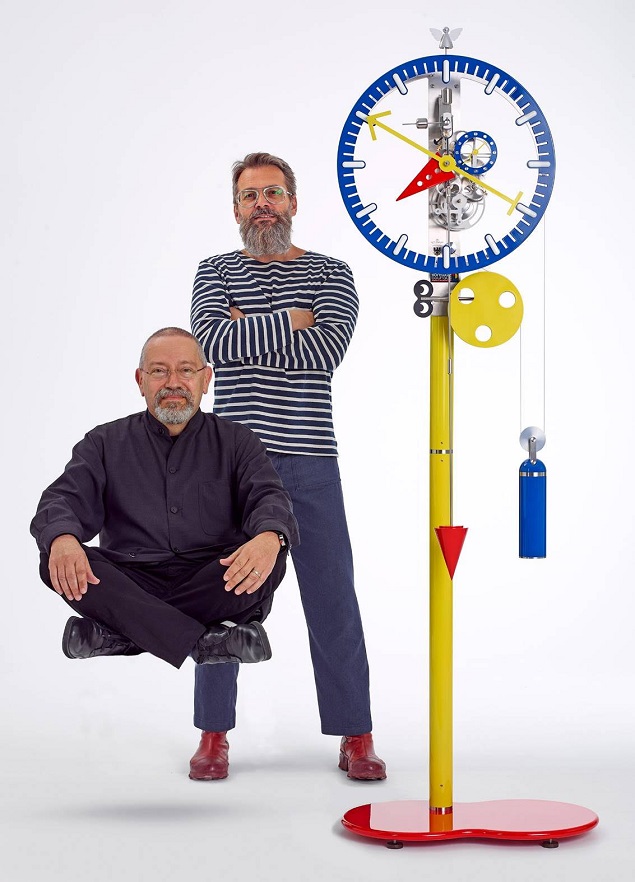