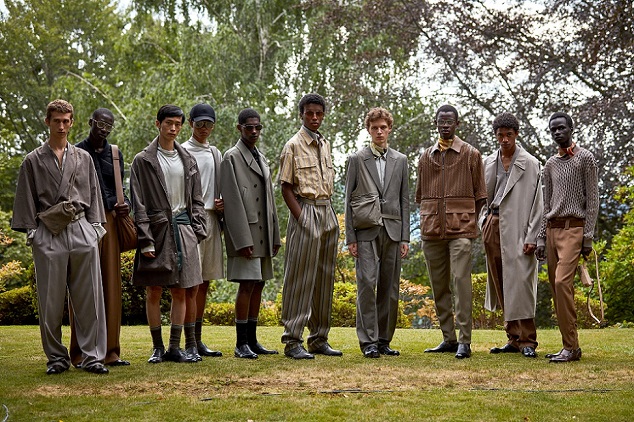 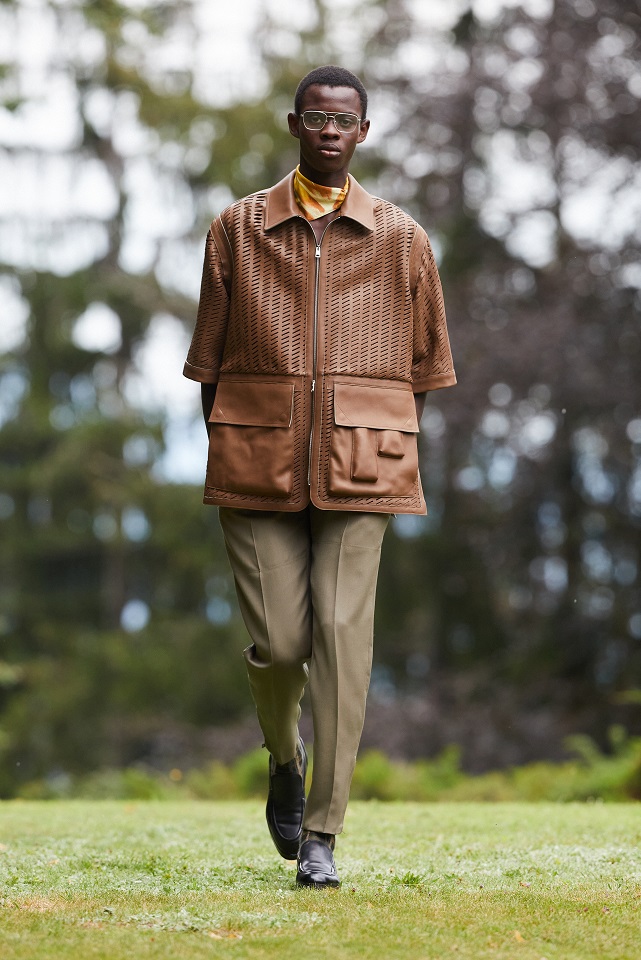 2020 marks the 110th anniversary for Ermenegildo Zegna. The occurrence, which prompts to reassess and strengthen the core values of the brand and its responsible outlook, happens in quite a singular moment for the whole of humanity: a challenging time which is also the occasion to reconsider the reasons of one’s own presence in this world, and the worth of one’s own actions for the collective wellbeing of the planet and its inhabitants. 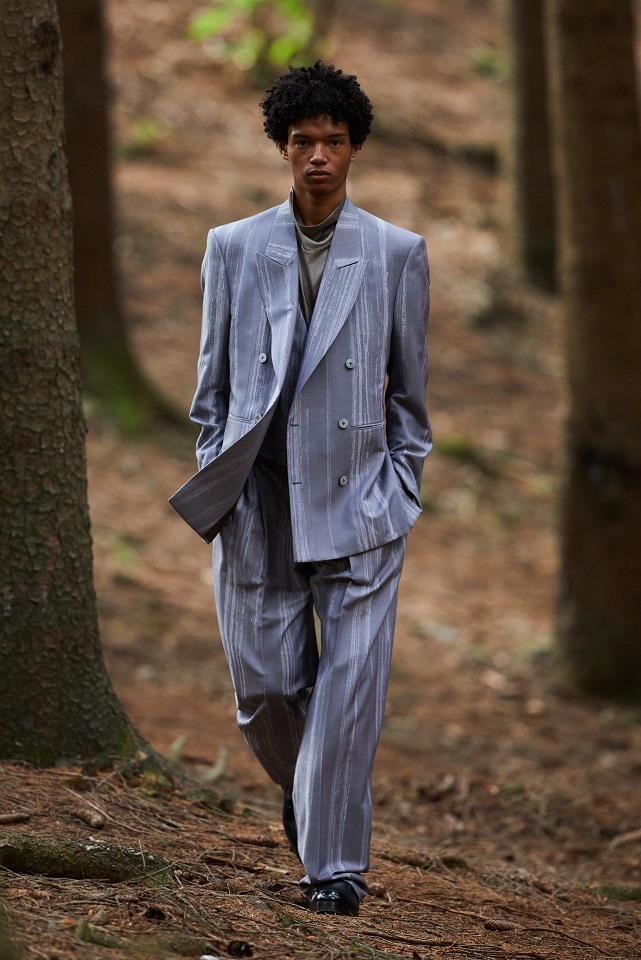 Having started as a textile mill to later encompass clothing manufacturing, Ermenegildo Zegna since its inception has had a strong connection with nature, seen not just as a provider of resources and raw materials but also as a unique richness of diversities to preserve - hence the Oasi Zegna. 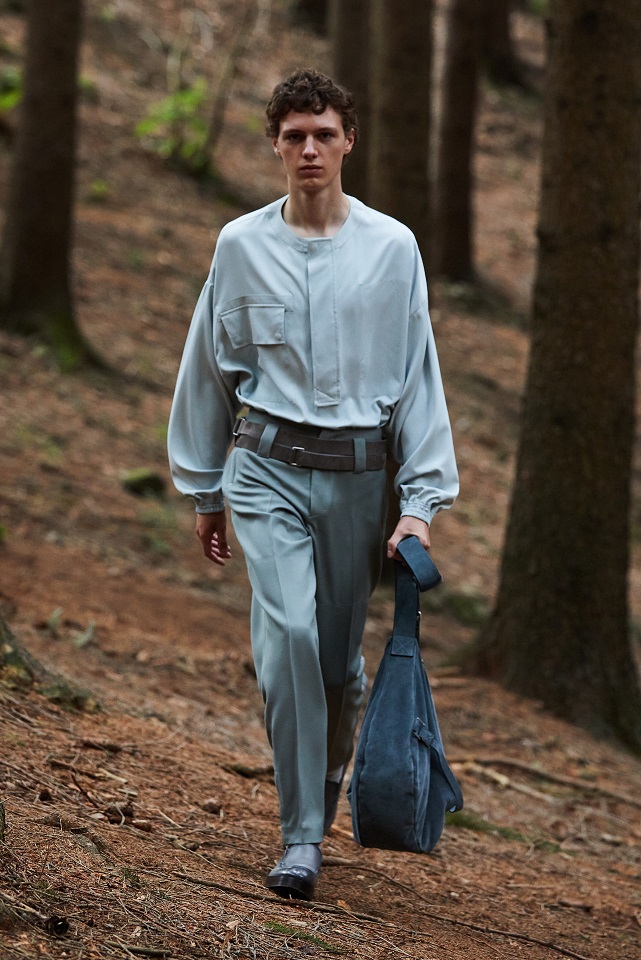 Filmed in the archetypal Lanificio Zegna of Trivero and in the Oasi, the meta, or rather hyper fashion show is a subjective flow that seamlessly crosses lands and aisles, open air and operating plant to finally create a singular reality where the natural element and the textile loom merge in dynamic harmony while clothing perfectly defines new categories and new solutions. 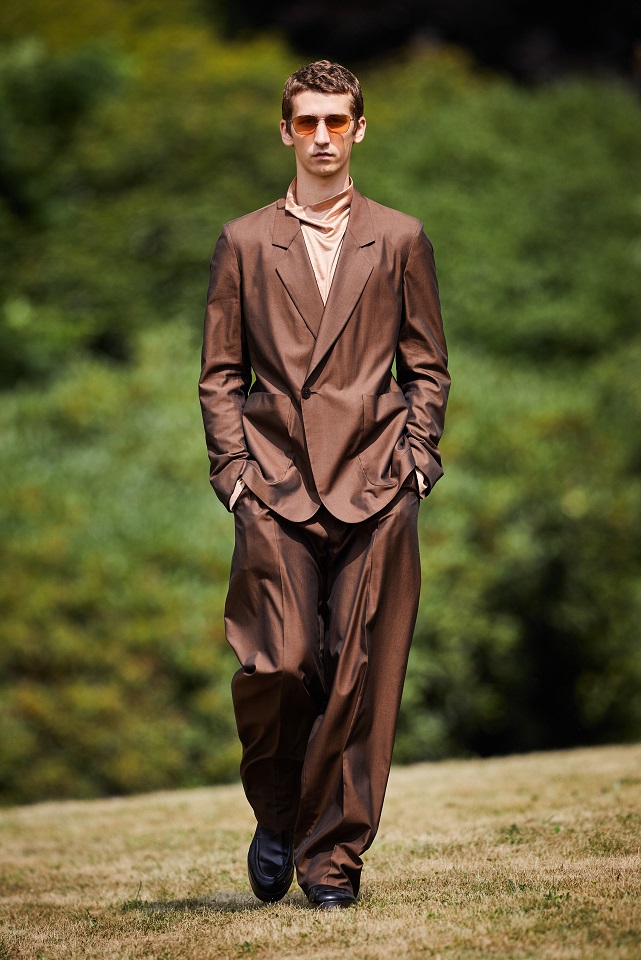 True to the #UseTheExisting mindset which keeps informing the Zegna actions not only when it comes to the production of fabrics, the show happens in places that exist and that are profoundly telling of the Zegna ethos. As such, it is a responsible production. 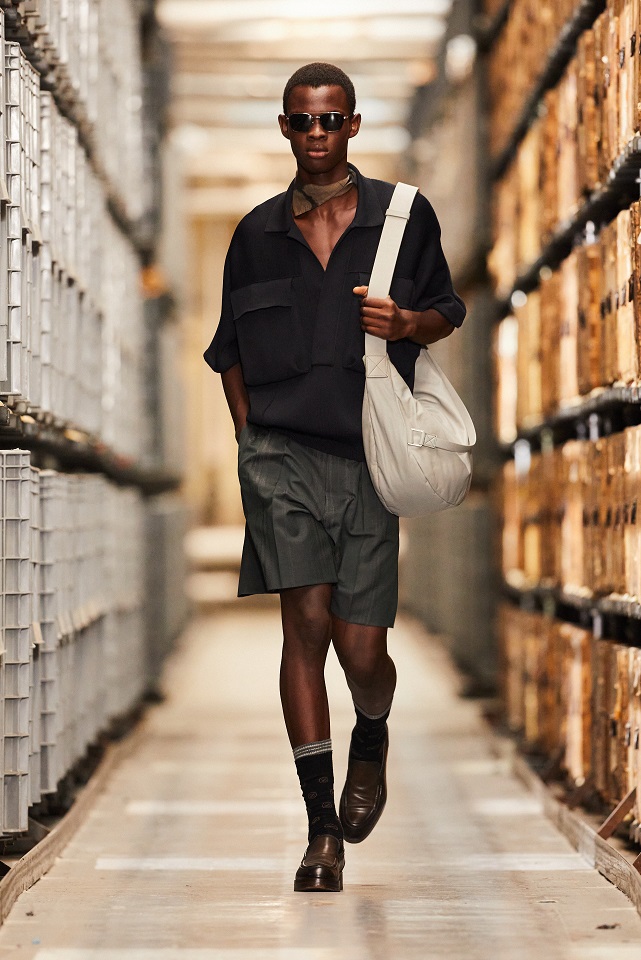 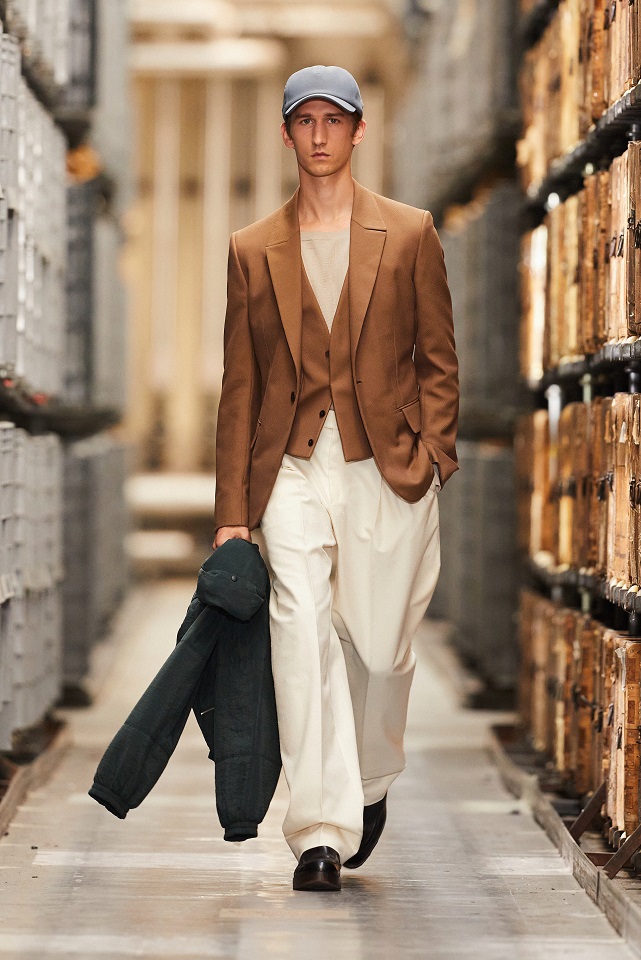 Experimenting with dropped shoulders, lowered collars, layered forms and a poetic sense of functionality expressed by outsized pockets and zips that allow volumes to expand, Alessandro Sartori extends the sartorial quest for new hybrid categories that defines his vision of Zegna. 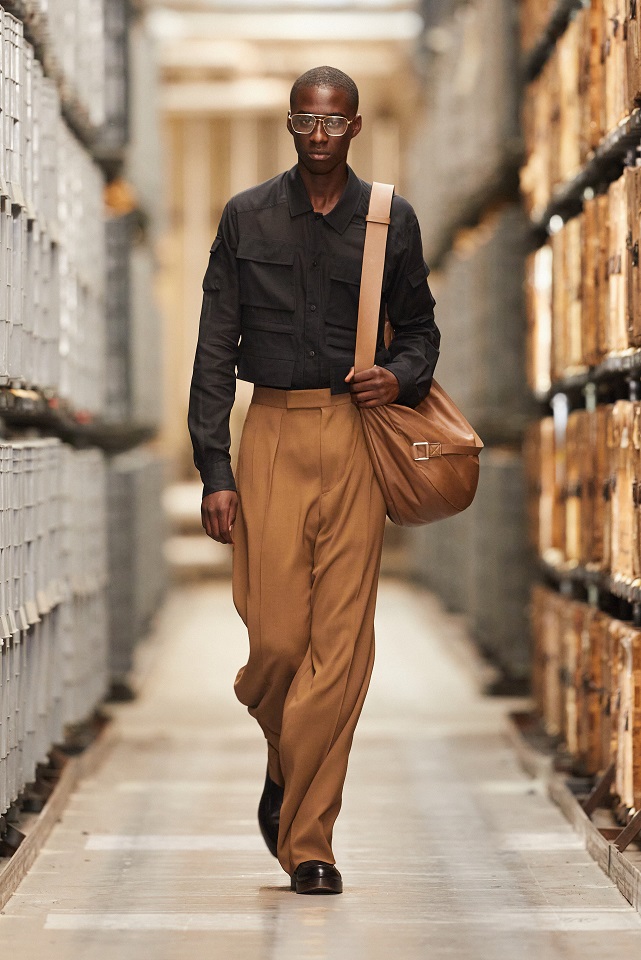 Inspired by the osmosis of different worlds, he cuts outerwear in shirting fabrics, and vice versa, allowing the wearer a complete freedom of combination and interpretation when it comes to items. 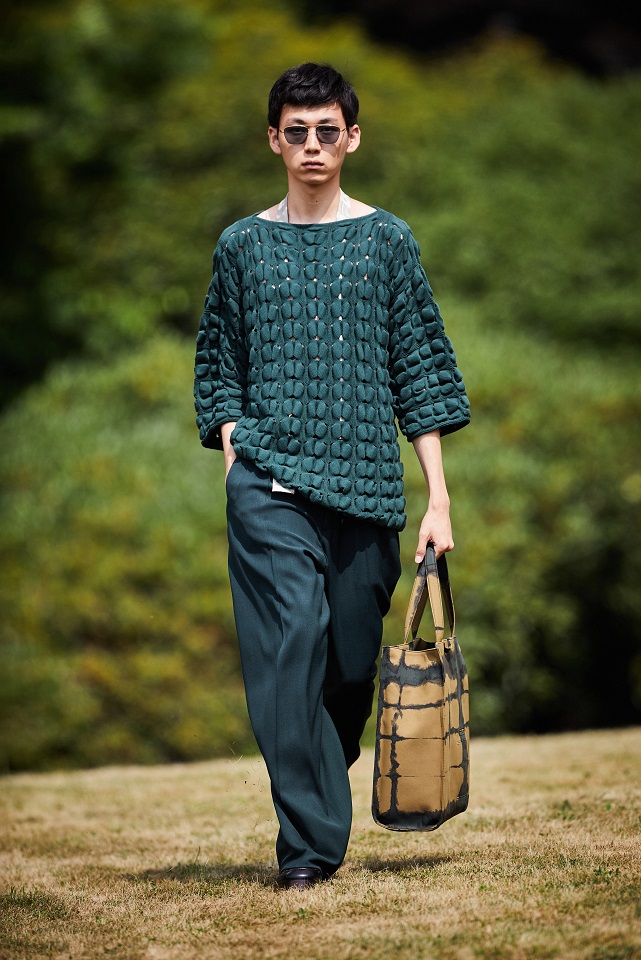 What comes across is a sense of ease that is fluid and uncontrived, underlined by the mock turtleneck underpinnings that replace shirts under blazers and shirt jackets, by the duster coats and the liquid trousers that draw an elongated and nonchalant silhouette. 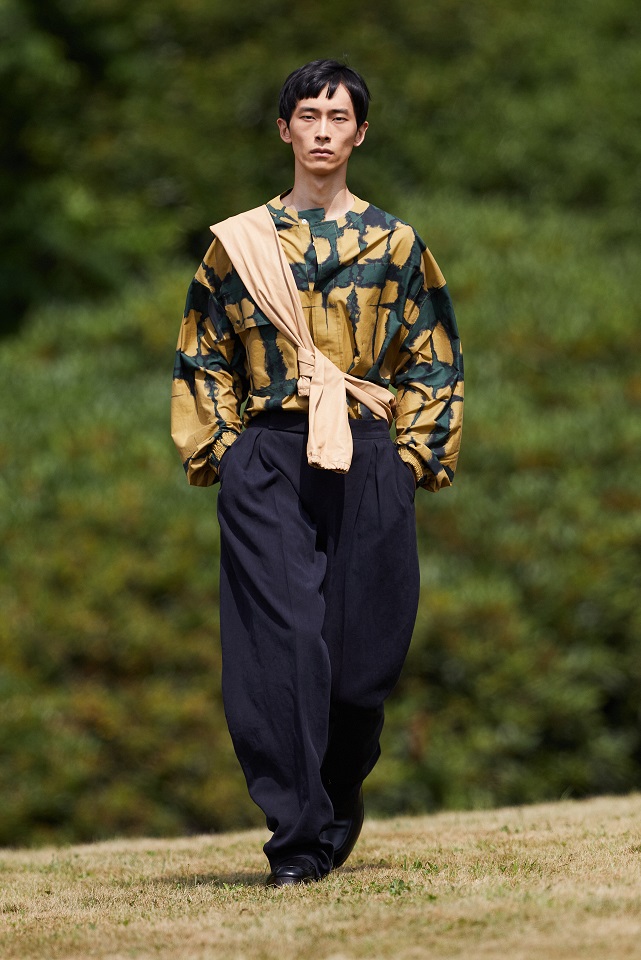 Rounded loafers with massive soles and sandals ground the looks. Tie dye prints enrich the layering of colors and textures, suggesting a further mimesis of man and nature. 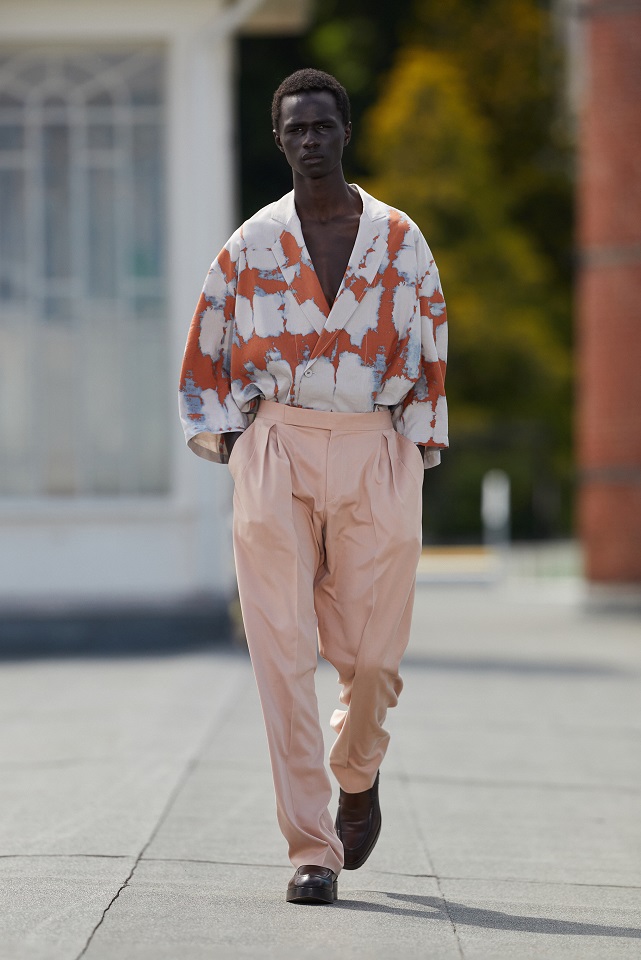 “A moment like this can easily lead to a glorification of flawless precision of the machine - says Artistic Director Alessandro Sartori - but at Zegna, in respect of a humanist tradition that is profoundly Italian, we believe that the human being always sits at the center, in harmony with nature. It is sensitivity and creativity, human qualities par excellence, that get the best out of machines. Without man, everything would be soulless. This project reflects this union of sensibilities, which is also a balance of past and future, of inside and outside, in a cohesive yet multifaceted opus”. 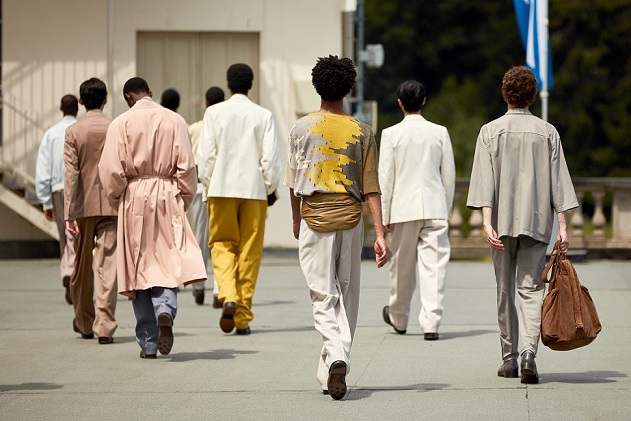