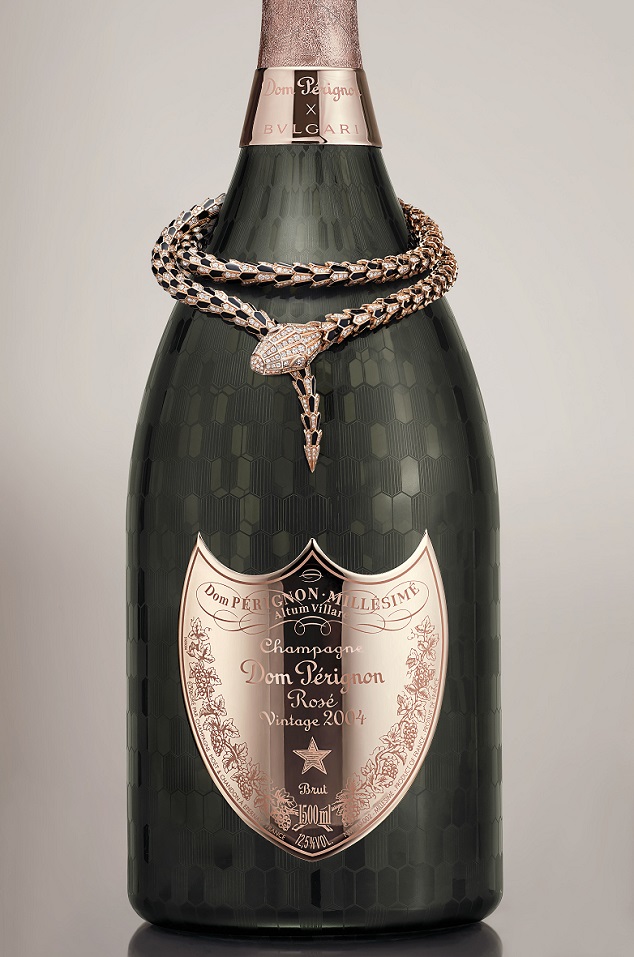 BVLGARI Serpenti x Dom Pérignon Rosé was born from the encounter between two Maisons guided by common values and vision, today embodied by their creators. Creative Director Lucia Silvestri and Dom Pérignon Chef de Cave Vincent Chaperon concurred on how the two iconic Maisons are driven by perpetual renewal and bound in myriad ways, but above all, by their shared inspiration and singularity. 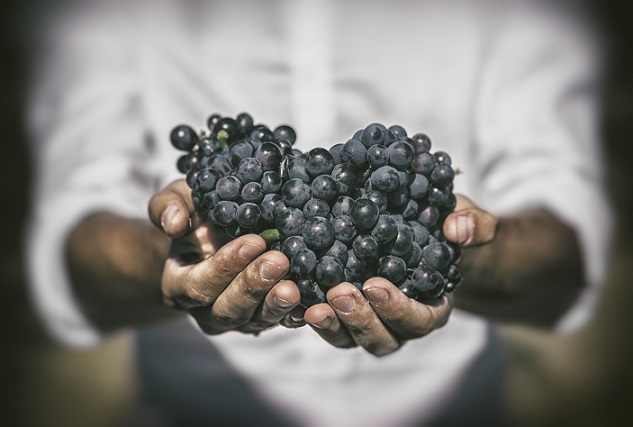 For Dom Pérignon, the creative act is reinventing itself with each vintage; an absolute commitment to bear witness to the harvest of a single year, whatever challenges it brings, even going as far as not declaring a vintage. BVLGARI Serpenti x Dom Pérignon Rosé takes this inviting encounter between Italian and French savoir-faire, and elevates it to a symbol of savoir-vivre. 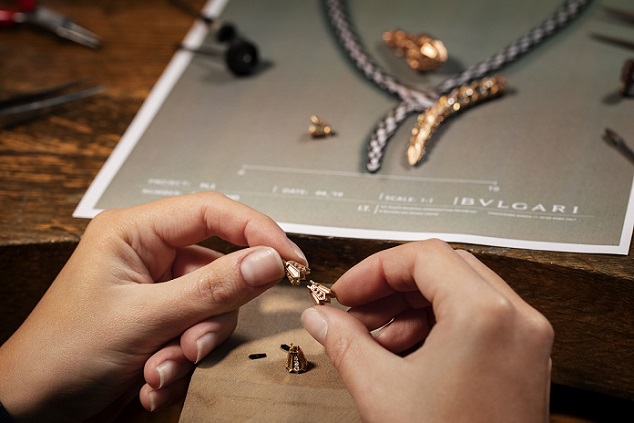 For BVLGARI, it is the singular nature of a gemstone, the veritable "fingerprints of nature" as no gem is identical to another. And while always revering its cultural legacy. BVLGARI's jewellery creations rewrite the rules and constantly reinterpret new stories. 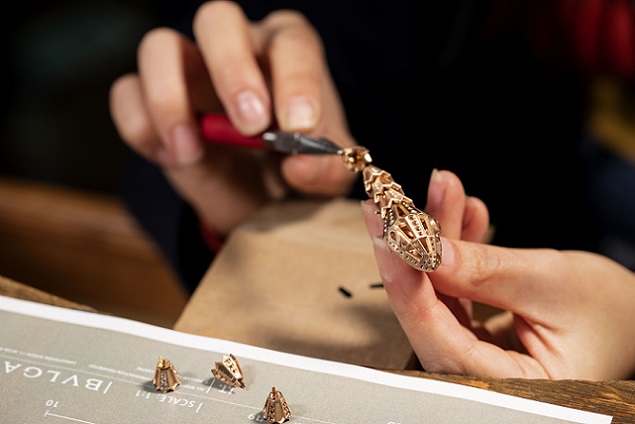 The limited edition’s wooden case opens to reveal a custom interior lined in BVLGARI’s signature saffron colour and deep fuchsia. Inside, a bespoke BVLGARI Serpenti necklace sensuously circles a magnum bottle of Dom Pérignon x BVLGARI Limited Edition Vintage Rosé 2004. In an alluring display, the necklace’s snake is rose in colour to woo Dom Pérignon Rosé. Returning the admiration, the bottle covers itself in the snake’s scaled motif, and its rose-gold label echoes the snake’s hue. 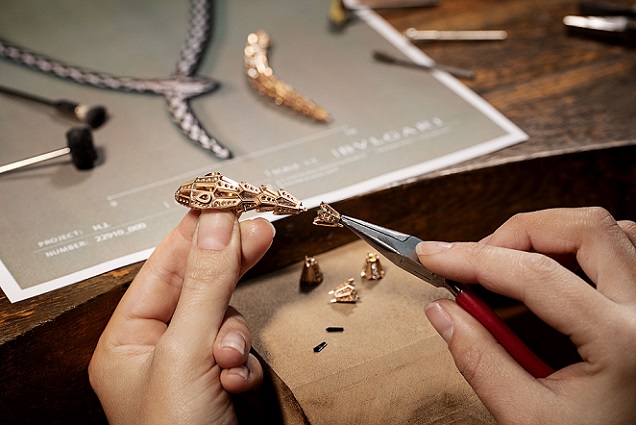 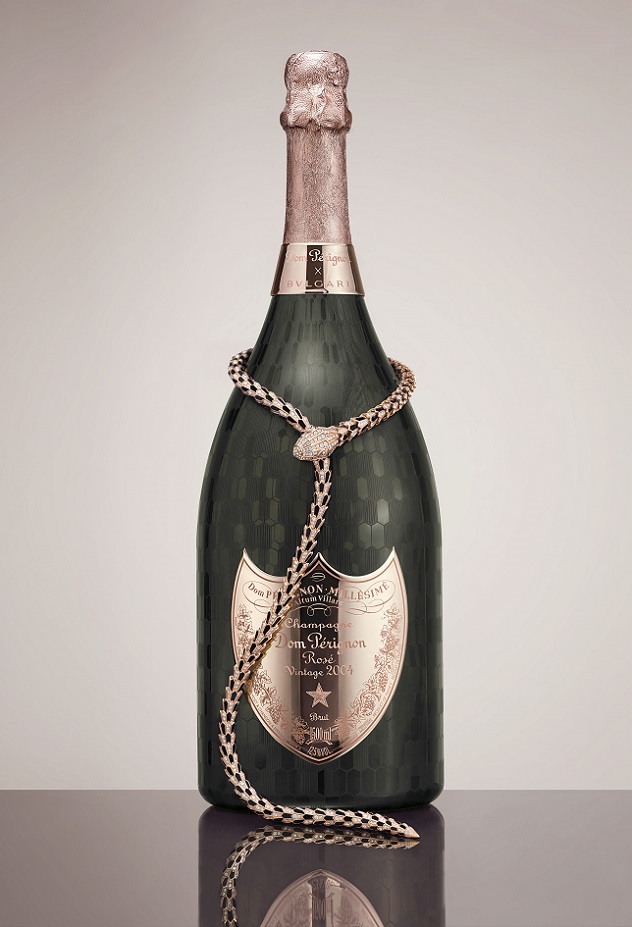